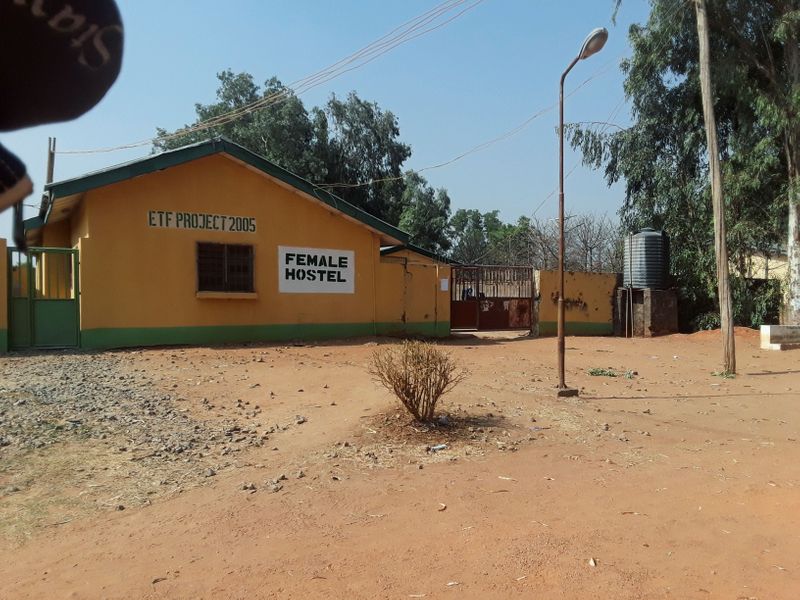 © Reuters. View shows one of the hostels where gunmen abducted students of the Federal College of Forestry Mechanization in Kaduna

KADUNA, Nigeria (Reuters) – A video of some of the students kidnapped from a college in northwest Nigeria emerged on Saturday, showing them cowering on a forest floor as armed captors hit them with sticks.

Thirty nine students are missing after gunmen stormed the Federal College of Forestry Mechanization in Kaduna state overnight on Thursday, the fourth school abduction in northern Nigeria since December.

“If anybody comes to rescue them without the money they are going to kill us,” a male student says in the video as a man with a gun stands behind him.

College Provost Bello Mohammed Usman and the mother of one kidnapped student on Saturday identified those shown in the video as some of the abducted students, including one pregnant woman. Usman declined to comment on the ransom request.

Abubakar Sadiq, executive secretary of the Kaduna State Emergency Management Agency, said he was unaware of the video and that he had no authority to comment on the ransom demand.

“The Kaduna state government is maintaining close communication with the management of the college as efforts are sustained by security agencies towards the tracking of the missing students,” Aruwan said.

The armed gang broke into the school, located on the outskirts of Kaduna city near a military academy, at around 11:30 p.m. (2230 GMT) on Thursday. Aruwan said a further 180 students and staff members who were staying at the school were rescued early on Friday.

Attacks by gangs of armed men, known as bandits, have intensified for several years, and military and police attempts to tackle the gangs have had little success. Many worry that state authorities worsen the situation by letting kidnappers go unpunished, paying them off or providing incentives.

In a statement on Saturday, President Muhammadu Buhari urged that the missing students be found and returned safely to their families.

Gloria Paul said she recognized her 20-year-old daughter, Joy Kurmi Paul, in the video, wearing a pink headscarf. Outside the school on Saturday, the mother begged for help.

“Please, government should help us get them released without hurting them,” she said as tears rolled down her cheeks.