In the late 1690s, Scotland embarked on what would be one of the most ambitious colonial schemes attempted in the 17th century. An attempt to colonise what is now Panama in Central America, the Darien Scheme, as the project was named, was meant set up trading posts between the Atlantic and Pacific. But it was a disaster; the plan almost bankrupted Scotland and is a contributing factor to the country having to enter into union with England for the cash. “After Brexit, I’ve been thinking a lot of how that process of disintegration might continue with Scottish independence,” says Kode9, also known as Hyperdub label head Steve Goodman.
The musician’s upcoming album Escapology – his first since 2015 – is the soundtrack to a wider sonic fiction project, Astro-Darien. It explores the break-up of Britain post-Brexit, and what that process of disintegration might look like with Scottish independence, through a science-fiction lens. (Astro-Darien will be released through Hyperdub’s book imprint, Flatlines, in October.) Drawing parallels between futuristic space colonies in sci-fi and the history of colonialism, the 15-track album is a disorientating listen, reconfiguring Astro-Darien’s tense, alien atmospheres into high-definition, hyper-paced club rhythms.

What are some of the main inspirations behind the Escapology project?
Kode9: Think of Astro-Darien as a video game – imagine what Scottish video game company Rockstar North, who developed Grand Theft Auto, would do if, instead of making simulations of American street life, made a game about the break-up of Britain, post-Brexit and post-Scottish independence. I renamed them Trancestar North. I learned that there was actually a kind of space race to build rocket launch sites on the North coast and Shetland Islands so I kind of extrapolated from that to imagine a mass exodus from a disintegrating UK, but with a slightly utopian dimension.
I had always had the Astro-Darien project in mind as an audio essay to come out on Hyperdub’s sub-label Flatlines. The first release on that label in 2019, was Mark Fisher; Justin Barton’s On Vanishing Land which focused on a walk along the south-east coast of England, whereas this project was partly inspired by a road trip along the North Coast of Scotland between lockdowns.
Well, the original venture was a failed attempt at colonialism that led to dependence. But after the founding of the UK, both Scotland and England continued, together, to colonise half the planet. So the Astro-Darien space habit reverses some of these mistakes and crimes.
How does it relate to your 2021 installation at Corsica?
Kode9: The Paris performance only happened in October 2021 and was sound only, diffused through the acousmonium in complete darkness. But earlier that year in June, just as things were in limbo, and venues were semi-opening up again, Corsica Studios, which was allowed to open as a gallery space but not a club yet, asked me if I wanted to do an installation. We had been turning their dance floor in Room 1 into an installation space since 2017 with the Ø events, so it was a cool opportunity to try out the sound designs I’d been composing but also to make it a three-screen audio-visual piece with video I had been filming on my road trip and collecting.

Can you describe the process of making the project? What was the research process like? Were there any particular texts or sources that stick out to you?
Kode9: I don’t usually have much time to play video games or go walking in nature, but during lockdown I spent a few weeks playing Hideo Kojima’s game Death Stranding which involved doing lots of virtual hiking. That inspired the road trip to the Scottish highlands in October 2020 to film the proposed sites of these spaceports.
I was reading a book called Space Settlements by Fred Sharmen. In the 1970s, NASA brought together architects, urban planners and artists to speculate on the prospects of human life in outer space. I noticed that the phrase ‘space colony’ was used a lot and there is a deep parallel between the history of colonialism and speculations about space colonisation in science fiction. But the particular project that stuck in my mind was the Stanford Torus and these drawings of orbital ring worlds with terraformed strips, often of urbanisation, lining the inside of them.
There is also a scene in Death’s End, the 3rd volume of Cixin Liu’s 3 Body Problem sci-fi trilogy where the whole of humanity has been quarantined in Australia by the aliens. When it seems the Trisolarans are about to wipe everyone out, there is a mad panic with rockets taking off everywhere, everyone trying to escape, and people on the ground getting torched by the boosters in the chaos. You can hear a bit of this mad rocket panic on Escapology, except it’s people trying to escape paranoid, post-Brexit, pandemic UK.
What role does sci-fi play in the project? How does it help to communicate the ideas you’re trying to convey?
Kode9: It’s a device for reimagining the past and proliferating myths of potential futures.

“Sonic fiction forces us to start from the conjunction of what we hear and the imagination. Conceiving a world sonically is a lot more open than one that has already been visualised“ – Kode9

Why is sonic fiction useful as a tool? What can it reveal about the present day?
Kode9: In film and video games, for example, and for obvious reasons, what we see is given priority, with sound and music, it’s usually an after-thought. Sonic fiction forces us to start from the conjunction of what we hear and the imagination. Conceiving a world sonically is a lot more open than one that has already been visualised.
Similarly, how can we use speculative futures to comment on the present?
Kode9: This weird, oblique universe I’m working with is really just a documentary, a slightly twisted way of describing the present disintegration of the UK, of following those tendencies and trying to imagine some better outcomes.
How did your collaboration with Lawrence Lek begin? What do you feel his work brings to the project?
Kode9: Lawrence approached Hyperdub in early 2015, I think, to see if we needed any music videos. Around that time, I was finishing off my last album Nothing. We got talking and I really liked the way he was using simulation and game design software to reframe real locations and digitally transform them as eerie, surreal, depopulated digital worlds. We started talking about the concept for a depopulated, fully automated luxury hotel called the Notel that emerged out of the idea for the Nothing album.

I’ve always conceived of Astro-Darien as a video game (and Escapology as a game soundtrack), so I’ve had Lawrence’s work very much in mind because I’m less interested in the game play as such than the digital world building. From very early on, I was talking to him about this project. I think after I’d read the Space Settlements book I mentioned before, and become interested in the speculative model of the Stanford Torus, I sent him some images of rotating, ring world type space habitats and some images of the Old Man of Storr, a weird vertical rocky outcrop from the Isle of Skye that appeared right at the beginning of the film, Alien Prometheus.
The other visual references were landscapes from the game Death Stranding and some design aspects of Charles Rennie Mackintosh. Conceiving of these impossible worlds with Lawrence, it reminds you how much video game reality is increasingly feeding back into our everyday lives. 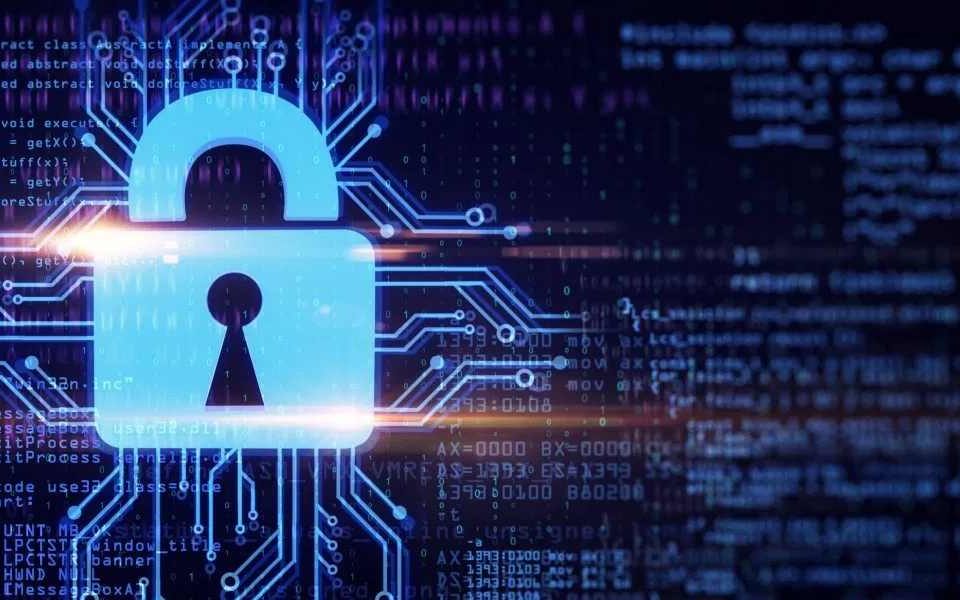 Oak9 adds security for infrastructure-as-code and the cloud 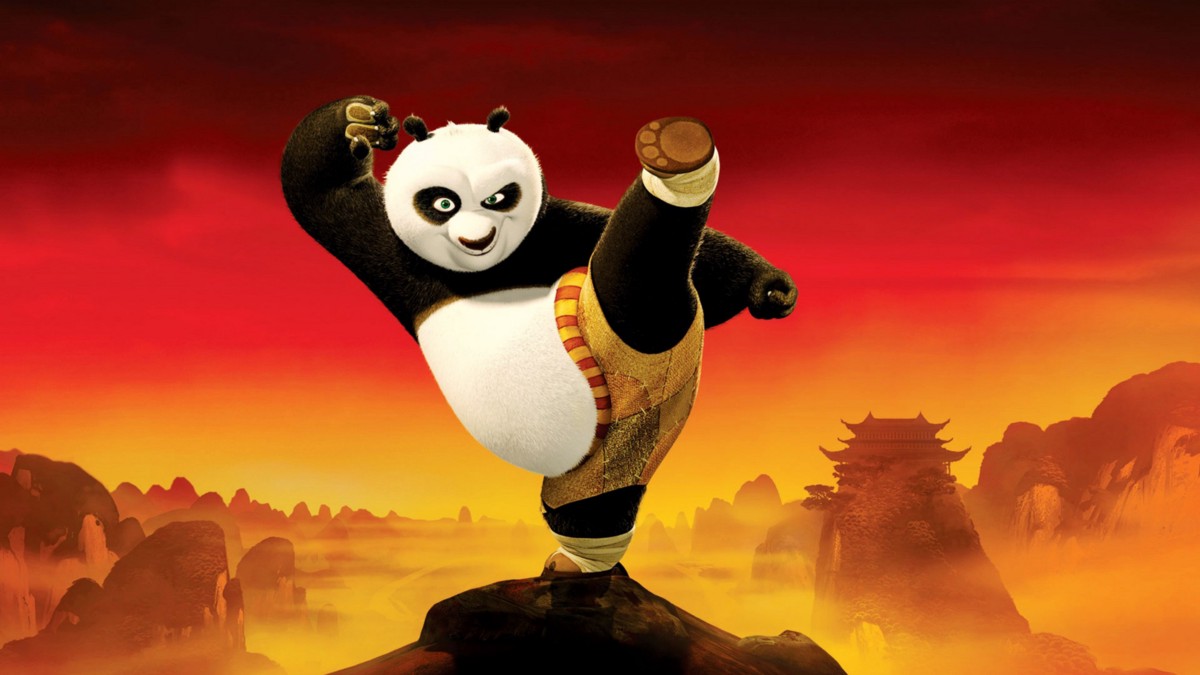 Jack Black explains what sold him on Kung Fu Panda