Alternative protein start-ups seeking to bite a chunk out of the meat market have surged into the public consciousness with claims their products can compete on taste. Now they are eating into the prices they charge as they set their sights on the mainstream.

US plant-based burger company Impossible Foods last month announced that it would cut the suggested US retail price of its burger patties by 20 per cent.

Israeli start-up Future Meat Technologies said it had managed to make a chicken breast from real chicken cells cultured in a bioreactor for $7.50 — a fraction of the $300,000 price tag when lab grown meat was introduced back in 2013.

Plant-based meat substitute sales are equal to about 1 per cent of the total meat market, according to analysts, and price, alongside taste and health credentials, is now a key factor in the companies’ efforts to widen the consumer base.

“When you hit a certain price threshold, all kinds of [retail] channels are available to you,” said Zak Weston at the Good Food Institute, an alternative protein research and lobby group. “A lower price is something that enables you to be compared and gets you in front of consumers. If you can’t hit a certain price point, that means you can’t even be in most stores and consumers can’t buy your product.”

It’s not as if this is deep science, but it takes a lot of time

Jim Mellon, an agri and food tech investor, said “it won’t be until you get to ‘griddle parity’ that you’ll get mass consumer adoption”, referring to a self-coined play on the term “grid parity” used to describe the point at which the cost of renewable energy falls to the market price of electricity.

Executives and analysts predict the retail price of plant-based meat to fall to parity with real meat in two to three years. “Premiums have been coming down steadily,” said Donald McLee, analyst at Berenberg in New York.

Beyond Meat is targeting price parity with real meat in at least one of its product categories by 2024. Chief executive Ethan Brown said last month that the company was aiming to develop fully integrated production facilities to reduce labour and logistics costs.

Impossible’s patty price cut to $11 a pound compares with the average US beef patty price of $5 calculated by the US Department of Agriculture. The average retail price for Beyond Meat’s burgers has fallen to about $9 a pound, down from roughly $12 at the time of the company’s 2019 stock market debut, according to Bank of America. The rise in US beef prices over the past year has also helped reduce the price premium over real meat patties.

In the long term, the scaling up of the sector will bring cost efficiencies that help both plant and cellular meat.

Consultancy AT Kearney believes plant-based meat will eventually have a 30-40 per cent cheaper shelf price than real meat, although it says that achieving this will require consolidation that will help drive further investment in production systems.

Brands’ desire “to be top of mind has resulted in complete fragmentation and lack of scale in the value chain”, said Bahige El Rayes, a partner at the firm in London. He added that companies also needed to develop more flexible formulations for their product, giving managers ability to adjust ingredients depending on available supply and costs.

More than 50 companies worldwide are now working on producing meat made from real animal cells grown in cultivators, according to Mellon, but at the moment such meat is only commercially available in Singapore.

It’s going to surprise people how steeply costs are being driven down. Efficiencies are improving dramatically

Food authorities in the south-east Asian city state last year approved a chicken product from US-based Eat Just. A dish of nuggets served alongside a waffle and in a bao bun made from 70 per cent cultured chicken mixed with plant protein, made its restaurant debut in December priced at $23.

The key to reducing the cost of production for cultured meat is to reduce the price of the “feed” that provides the basic nutrients that allow the cells to proliferate. The industry started using expensive foetal bovine serum used in the biotech and pharmaceutical industries, but is now focused on producing its own cheaper plant-based versions.

“It’s not as if this is deep science, but it takes a lot of time,” said Peter Verstrate at Mosa Meat, a Dutch start up led by Professor Mark Post who created the world’s first lab-grown burger. Companies also needed to deal with the metabolism of the cells, designing systems that takes out waste material like kidneys do in real animals, he added.

In Rehovot, Israel’s biotech hub south of Tel Aviv, Future Meat chief executive Rom Kshuk said the company had found ways to make cheaper feed and had created a bioreactor that effectively removes impurities. The fall in output costs is “the first step in a long way to getting to cost parity with conventional meat”, he said.

The start-up counts food companies such as Tyson Foods and Muller among its investors and wants to market its chicken breast, a blend of plant-based meat and cultivated cells taken from chickens and replicated in bioreactors, within 18 months.

The cultured meat companies are seeking the path to affordability by producing at commercial scale. Former cardiologist Uma Valeti, chief executive of Memphis, is looking to unveil the start-up’s plant later this year.

Valeti said larger facilities would require greater amounts of financing. “There’ll probably be private public partnerships coming up,” he said, with the launch of new production facilities opening new doors for the company. 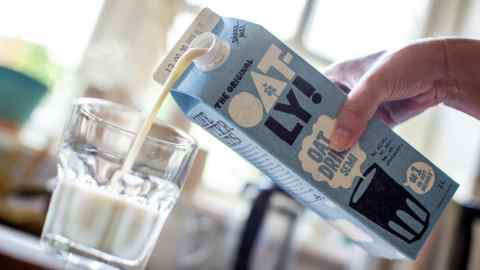 Investors in the sector expect production costs to fall steeply in the next few years.

“It’s going to surprise people how steeply costs are being driven down,” said Alastair Cooper at VC ADM Capital. “Efficiencies are improving dramatically.”

But while price, along with the health credentials of the product, is an important factor behind customer acceptance, the fundamental barrier to alternative meat substitutes is whether consumers like the product, said Robert Lawson, managing partner at consultants Food Strategy Associates. “Ultimately, what will drive penetration is taste.”