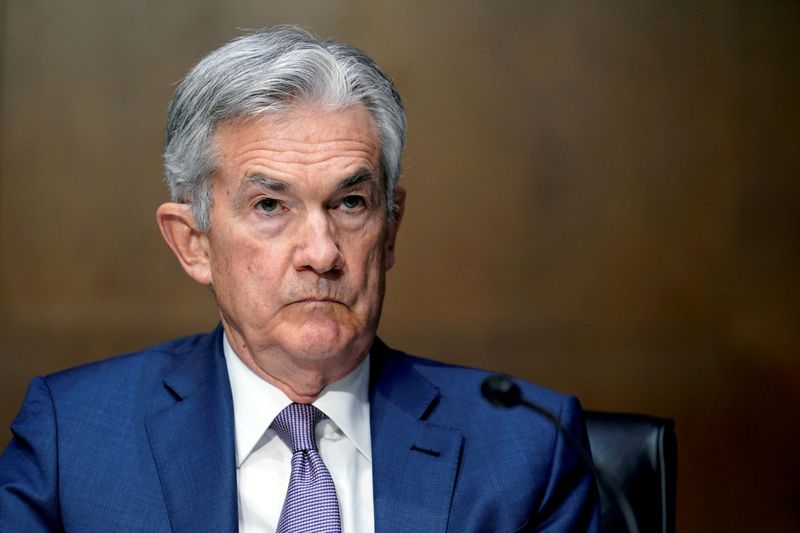 E-mini futures for the advanced 0.3%.

While inflation is expected to reach 2.4% this year, above the central bank’s 2% target, Fed Chair Jerome Powell called it a temporary surge that will not change the Fed’s pledge to keep its benchmark overnight interest rate near zero.

The dollar recouped some losses against the yen but extended declines against commodity currencies, hurt by the lower-for-longer rates commitment by the Fed.

“If the Fed isn’t going to induce tightening, it’s very bullish for risky assets,” said Teresa Kong, head of fixed income and portfolio manager at Matthews Asia. “We should be seeing a mild rally in Asian assets and currencies.”

Shares in South Korea and Hong Kong also jumped more than 1%, taking their lead from a strong session on Wall Street.

The S&P 500 closed at a record high on Wednesday and the closed above 33,000 points for the first time, bolstered by the Fed’s strong economic forecast and Powell’s comments that it is too early to discuss tapering-off measures.

MSCI’s gauge of stocks across the globe gained 0.37% to approach an all-time high.

The Fed projected the U.S. economy will grow by 6.5% this year – the largest annual output growth since 1984 – thanks in part to massive federal fiscal stimulus and optimism around the success of coronavirus vaccines.

“It’s sort of shocking … that officially the United States government believes it will grow faster than the Chinese government believes it will grow this year,” said Christopher Smart, chief global strategist at Barings Investment Institute in Boston, calling it a “head-turning moment for investors.” The dollar edged up against the yen and the Swiss franc as improving risk appetite hurt traditional safe-harbour currencies.

The Australian dollar jumped to a two-week high of $0.7835 after data showed the nation’s economy created more than twice as many jobs as expected in February.

Benchmark 10-year U.S. Treasury yields edged up to 1.6550%, not far from the highest since January last year.

The spread between two-year and 10-year U.S. yields, the most-keenly monitored part of the yield curve, stood at 152.20 basis points, close to the steepest since August 2019.

The 10-year inflation breakeven rate hit 2.305%, which shows that inflation expectations are at the highest since January 2014.

Oil futures extended declines, weighed down by rising inventories and by expectations of weaker demand in Europe, where the coronavirus vaccine roll out is faltering.