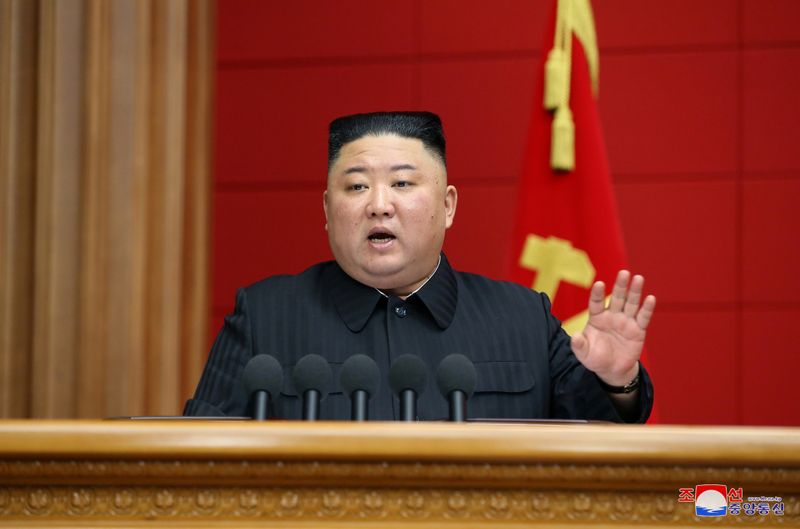 Kim attended a ceremony on Tuesday to inaugurate the start of construction on the first phase of a project to eventually build 50,000 new apartments, part of a five-year plan announced in January.

“Nothing is more worthwhile and honourable and happier than to unhesitatingly dedicate our sweat and passion to building an ideal street … ” Kim said, according to state news agency KCNA.

The government decided to push ahead with the project because it wants to improve living conditions for citizens, he said.

Kim’s ambitious new plan for the next five years is aimed at developing North Korea’s economy, but the proposals may falter in the face of major challenges, including international sanctions imposed over its nuclear weapons and ballistic missile programmes.

North Korea fired two short-range missiles at the weekend, U.S. officials said on Tuesday, but Washington played down the first such tests since Joe Biden became president and said it was still open to dialogue with Pyongyang.

Government mismanagement, natural disasters, and a border lockdown to prevent a coronavirus outbreak have further hobbled the country’s economy, with the United Nations warning of possible food shortages and other humanitarian disasters.

“It is risky for Kim Jong Un to kick-off another high-profile construction project when other keynote state projects are so badly delayed,” said Chad O’Carroll, CEO of Korea Risk Group, which monitors North Korea.

But the launch of the project may signal that an end to North Korea’s strict COVID-19 border closure is finally in the cards, he said.

“Some construction inputs from overseas will be required for these new apartments, which will only be possible to acquire if the North starts allowing imports again,” O’Carroll said.