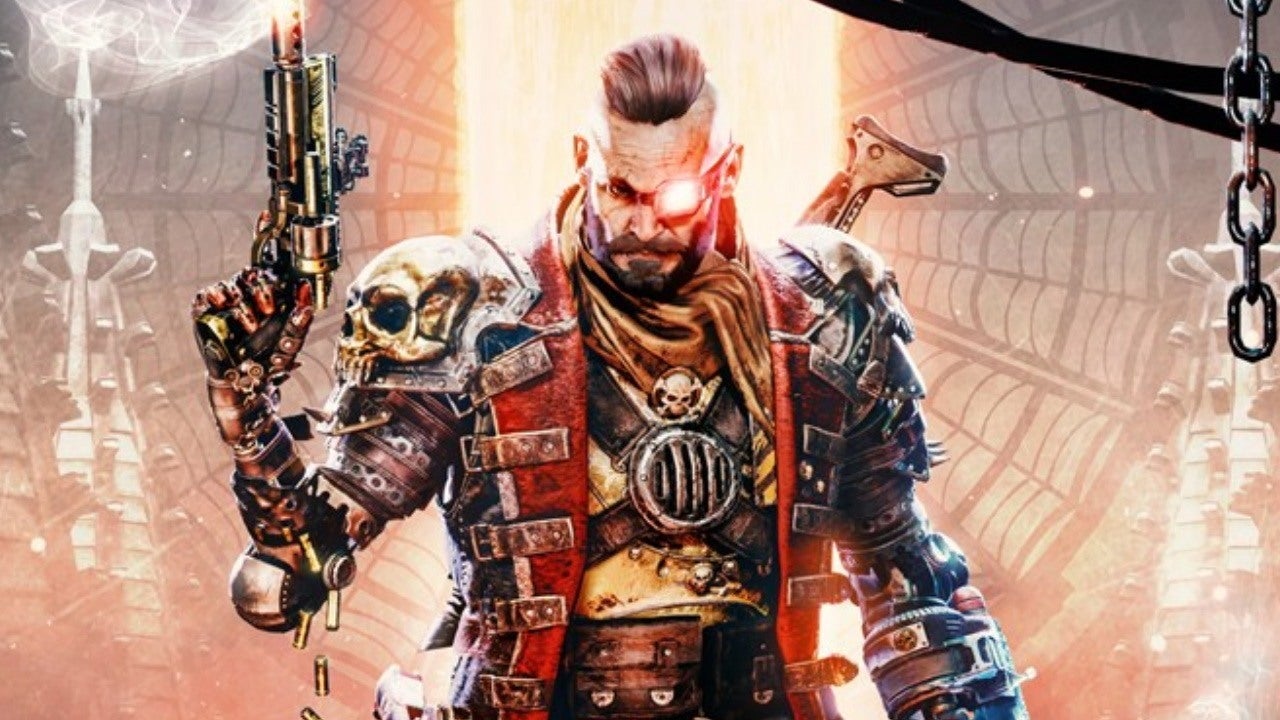 A new first person campaign shooter set in the Warhammer 40,000 universe, Necromunda: Hired Gun, has been leaked by a Microsoft Store entry.The store page, which is currently still available to view at time of writing, details a single-player FPS set in the planet-sized hive city of Necromunda in which players take on the role of a bounty hunter. Players are accompanied by a cyber-mastiff dog companion who can be upgraded, and the description promises “endless” weapon and augment customisation.

“Pick your contracts. Hunt your targets. Collect the bounty.” reads the game’s tagline, which suggests that there may be some level of freedom in the way you take on jobs in Necromunda: Hired Gun. The few other details also explain that your dog is able to sniff out and kill enemies for you, and that a grappling hook will allow quick traversal of the game’s “massive” environments.

A pre-order pack known as the Hunter’s Bounty Pack includes a unique knife, outfit skin, and the classic 40k weapon, the stub gun. It also has a ‘new look’ for the cyber-mastiff’s toy, which indicates how we’ll interact with the robot dog.

The game is being developed by Streum On Studio, the developer responsible for Warhammer 40,000 game Space Hulk: Deathwing back in 2016. It’s published by Focus Home Interactive, and is – according to this store page – due to release on June 1.

Twitter account Idle Sloth has managed to unearth five screenshots from the game, which show an action packed shooter that includes what appears to be a variant of a plasma cannon, as well as the cyber-mastiff in action and… is that a Cawdor Bomb Delivery Rat? Among the familiar Necrumda ganger we also see what is clearly a Luther Pattern Excavation Automata “Ambot” charging towards the player, too.

As of right now, we only know of Xbox Series X/S and Xbox One platforms for the game, as those are the only ones listed on the Microsoft Store. We’ll have to wait for an official announcement to see if PC and PlayStation formats will also be supported.