Hundreds of people converged on Clapham Common in south London on Saturday afternoon to mark the death of Sarah Everard, the 33-year-old marketing executive whose killing has ignited a wave of anger and solidarity among women across Britain.

The crowd, predominantly made up of women, gathered in silence, some crying, around a bandstand. They were half a mile from the house in Battersea where Everard had been visiting a friend the night she went missing. The duchess of Cambridge was among those seen paying their respects.

“It feels like Sarah Everard’s death is at the apex of violence against women but lots of people would identify with some of the stuff around personal safety or feeling threatened by men,” said Naomi Grant, a parliamentary assistant who was present.

In a sign of the strength of feeling provoked by the case, the gathering went ahead, despite a police ban due to coronavirus lockdown restrictions.

Having agreed to cancel the vigil on Saturday morning, the organisers, Reclaim These Streets, encouraged people to light a candle on their doorsteps to remember Everard and “all women affected by and lost to violence”.

Later, as police urged people to leave Clapham Common, one video posted on social media appeared to show a group of officers forcefully removing at least one person from the bandstand which had become the focal point of the tributes.

At least 31 women have been murdered in Britain this year, according to Karen Ingala-Smith, the director of the campaigning group NIA/ending violence against women and girls, and the researcher behind “deadwomencounting”, an up to date list of women murdered by men or where the prime suspect is male.

There were at least 131 victims in 2020, she said, at the extreme end of what activists describe as an epidemic of violence against women worsened by a steep increase in domestic abuse during coronavirus lockdowns.

But Everard’s case has touched a raw nerve, prompting a backlash against toxic masculinity in British culture and forcing a national reckoning over the way girls and women are treated. Thousands have been sharing their experiences of harassment and worse on social media, amid a clamour for the police to do more to make the streets safe.

Everard was last seen on Poynders Rd as she walked home across the south London borough of Clapham. Side streets around the area were still covered in “missing” posters seeking information about her disappearance, despite confirmation on Friday by the Metropolitan Police that her body had been found in woods fifty miles away in Kent.

On Saturday Wayne Couzens, a 48-year old officer in the Metropolitan Police protection unit, was charged with her kidnap and murder.

The fact the accused is a serving police officer has raised tension further, and an inquiry has been launched into whether the police responded appropriately to a report several days earlier, allegedly involving the same man, of indecent exposure.

“It’s a shocking killing,” said Dame Vera Baird, the UK’s independent commissioner for victims, who represents the interests of the victims of crime.

Listing the kind of steps that women routinely feel they have to take when walking alone, such as holding keys in their hands as a weapon, or pretending to be on the phone, she said: “This is the worst nightmare you can have when going home, having taken all those evasive actions — the sound of footsteps behind you. It’s the peak of terror.”

Some of the anger that has welled up over the past week as the case has morphed from one of a missing person to murder, has been directed at the criminal justice system. “It does not take rape, domestic abuse, even domestic homicide seriously. It’s as if (criminals) are licensed to do it,” said Baird.

That feeling has been strengthened by a surge in the reporting of sexual violence since the “#MeToo” movement gathered pace in 2017, following revelations about sexual abuse carried out by the movie mogul Harvey Weinstein.

But the increasing willingness of women to step forward with complaints has coincided with a slump in the number of prosecutions and convictions.

Reports of rape in England and Wales more than tripled in the seven years to March 2020, with 55,130 recorded by police in the year to that date. But in the same period the number of rape prosecutions fell to the lowest figure on record, and convictions dropped sharply to 1,439 from 2,991 three years before.

“There’s a massive demand for justice by women, with more reports of rape to the police now than at any other time, and yet the overwhelming majority of cases are not charged. There’s a culture of impunity for these types of crime,” said Andrea Simon, director of the action group End Violence Against Women (EVAW), who said this amounted effectively to the “decriminalisation of rape.” 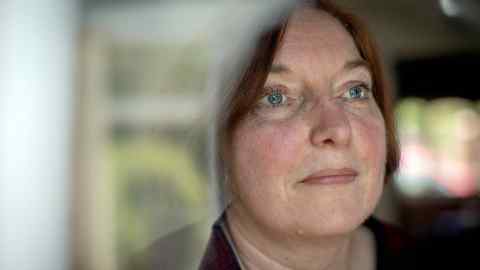 She said the tragic case of Everard had also provoked such strong feeling because women were so universally distressed by the lengths they had to go to mitigate the risk of being assaulted. “The consequences of not being more vigilant are that we are likely to be blamed for having done something that inadvertently put us at risk,” she said.

By coincidence, the court of appeal is due to make a ruling on Monday in a case brought by EVAW and the Centre for Women’s justice accusing the Crown Prosecution Service of raising the bar in rape cases by pursuing only those where they have a high chance of convincing a jury.

In response to the outpouring of anger surrounding Everard’s death, Priti Patel, the home secretary, on Friday extended for two weeks ongoing public consultations on what the government should be doing to protect women and girls more effectively.

“It’s not just about women,” said Marsha de Cordova, Labour’s shadow secretary of state for Women and Equalities and MP for Battersea who was attending the vigil at Clapham Common. “Men really need to take responsibility and recognise they have a role in making sure women and girls feel safe walking the streets.”

Many women’s rights activists are frustrated that men have not been more proactive in addressing misogyny to date. “There is no point in having a #MeToo movement unless men have one too. Our responsibility is to care for our sisters. We need a corresponding movement of men to hold each other to account,” said Ingala Smith.

Why homeowners are leaving billions on the table