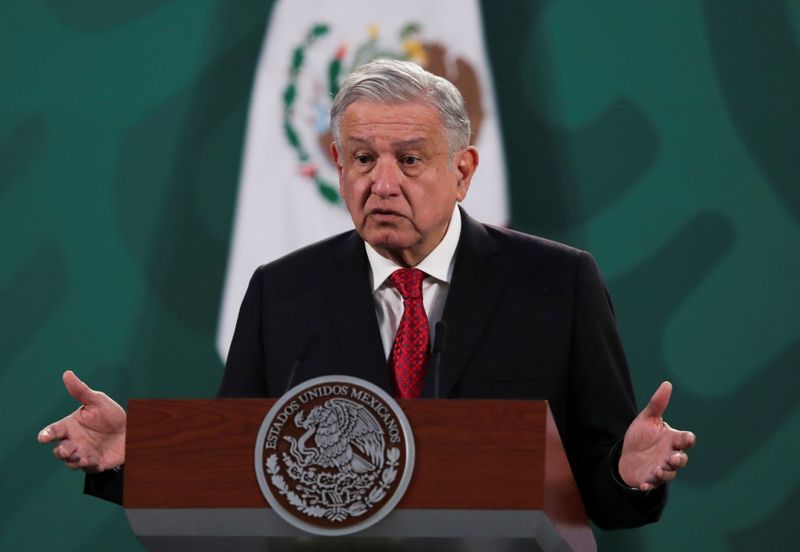 MEXICO CITY (Reuters) – Mexico could revoke a concession held by Canadian miner Americas Gold and Silver Corp in northern Mexico if it does not accept its new trade union representation there, President Andres Manuel Lopez Obrador said on Wednesday.

Speaking at a regular news conference, Lopez Obrador said he would direct his foreign minister to speak to Canadian officials about the dispute playing out at Toronto-based Americas Gold and Silver’s San Rafael mine, located in Sinaloa state.

Lopez Obrador, a frequent critic of the mining sector’s footprint in Mexico, said the company had rejected the outcome of a vote by workers at the mine to put labor representation under the control of a national miners trade union led by a close ally of his who also serves as a ruling party senator.

Americas Gold and Silver needed to honor the result or it would be failing to uphold Mexico’s labor laws, Lopez Obrador said.

“This shouldn’t be understood as a threat or even a warning,” said the president, who has vowed to strengthen the rights of workers in Mexico. “But if they don’t respect the law, the government can revoke the concession.”

Later on Wednesday, Americas Gold and Silver responded to the president’s remarks, saying it was the victim of “extortion and organized crime” that has masqueraded as a workers’ rights issue for over a year.

It pointed to a detailed chronology on its website, where it argues its mine has been victimized by an illegal blockade.

“If, and when, safe access to our facilities can be assured for our employees and we are free from the source of this extortion scheme that threatens us all, we would be happy to engage in any kind of labor discussion,” the company said in a statement.

Americas Gold and Silver’s collective bargaining agreement with its workers expired a year ago.

The company said Lopez Obrador’s comment about the possible cancellation of its concession was “concerning,” but expressed confidence that there is no legal basis for such action.

Lopez Obrador was responding to a question from a reporter about the dispute, and did not mention the company by name.