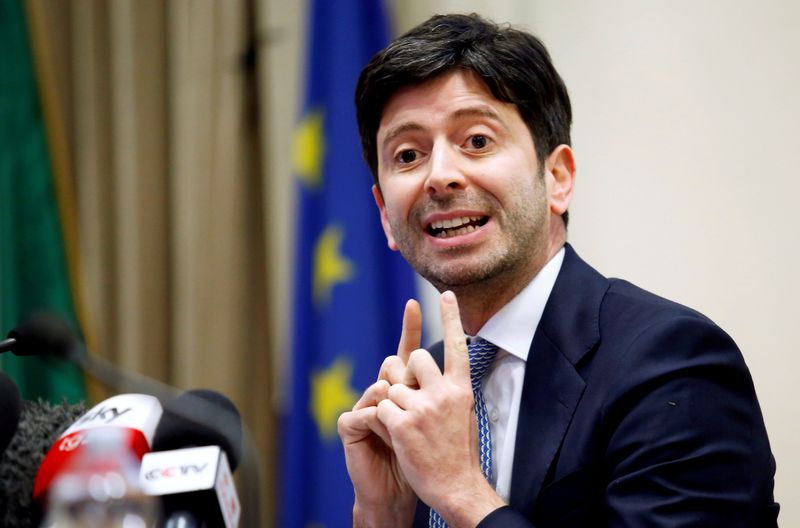 Italy, the first Western country hit hard by the pandemic, saw infections rise by 10% last week compared with the week earlier, and officials have warned that the situation is deteriorating as highly contagious variants gain ground.

“The application of more rigorous measures and the progressive rise in the number of vaccinated people make us think that already in the second half of spring (contagion) numbers will be improving,” Health Minister Roberto Speranza told daily la Repubblica in an interview.

He added that the coming weeks “would not be at all easy”.

The UK variant represented 54% of cases in the latest study by Italy’s Superior Health Institute, ISS, but the percentage was expected to be higher now, the minister added.

On Friday the government imposed a nationwide lockdown over the Easter holidays and placed curbs on business and movement on most of Italy.

Speranza said vaccines in Italy and Europe were “effective and safe”, with all checks being carried out, answering a question on Italy’s ban of the AstraZeneca (NASDAQ:) vaccine.

Italy’s medicine authority Aifa on Thursday banned the use of one batch of the vaccine. Sources told Reuters the decision had been taken after the deaths of two men in Sicily. Aifa said earlier that the ban was a “precautionary” measure, adding that no link had been established between the vaccine and subsequent “serious adverse events.”

Italy on Saturday released its national vaccination plan, aiming to vaccinate at least 80% of its population by the end of September and administer 500,000 doses a day at full capacity.

Speranza said that Italy is expecting the delivery of 52 million doses in the second quarter of the year and that the vaccination campaign would be accelerated even with further supply delays.

So far, 6.6 million Italians have received at least one vaccine dose, with just under 2 million of them having received the required 2 doses, health ministry data shows.