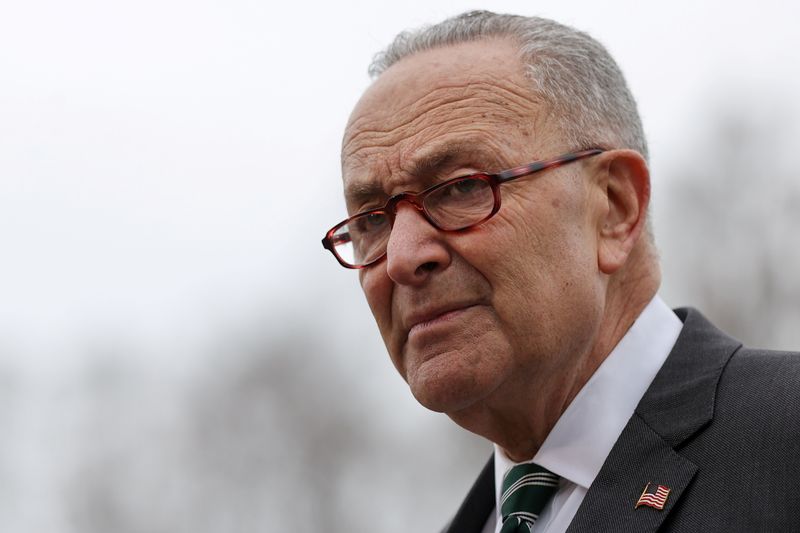 © Reuters. U.S. Senate Majority Leader Schumer holds a news conference to announce the “For the People” act at the U.S. Capitol in Washington

“All three of these superb and accomplished attorneys have dedicated their careers to equal justice under the law and will bring a passion for the rule of law, civil rights and justice to their respective posts,” he wrote in a statement.

Schumer, whose role as the top Democrat in the U.S. Senate gives his recommendations weight, said the three also held a “deep understanding” of the need to “ensure this state — and this country — deliver a fairer, more inclusive and just future for each and every one of us.”

All three would have to be vetted, nominated and then confirmed in a narrowly divided Senate led by Schumer and Biden’s fellow Democrats.

A source close to Schumer said it was but virtually certain that Williams would become U.S. attorney. Representatives for the White House could not be immediately reached for comment.

The Manhattan U.S. Attorney’s office is at the heart of high-profile cases ranging from terrorism to wrongdoing on Wall Street, cyber attacks and corruption.

It has been investigating Rudy Giuliani, who once headed the office, and more recently has been known for his representation of former President Donald Trump.

The office’s brief has also covered a fraud case involving Trump’s former adviser Steve Bannon, who was later pardoned, and the case of British socialite Ghislaine Maxwell, who has pleaded not guilty to charges she helped financier and convicted sex offender Jeffrey Epstein groom three teenage girls for sex.