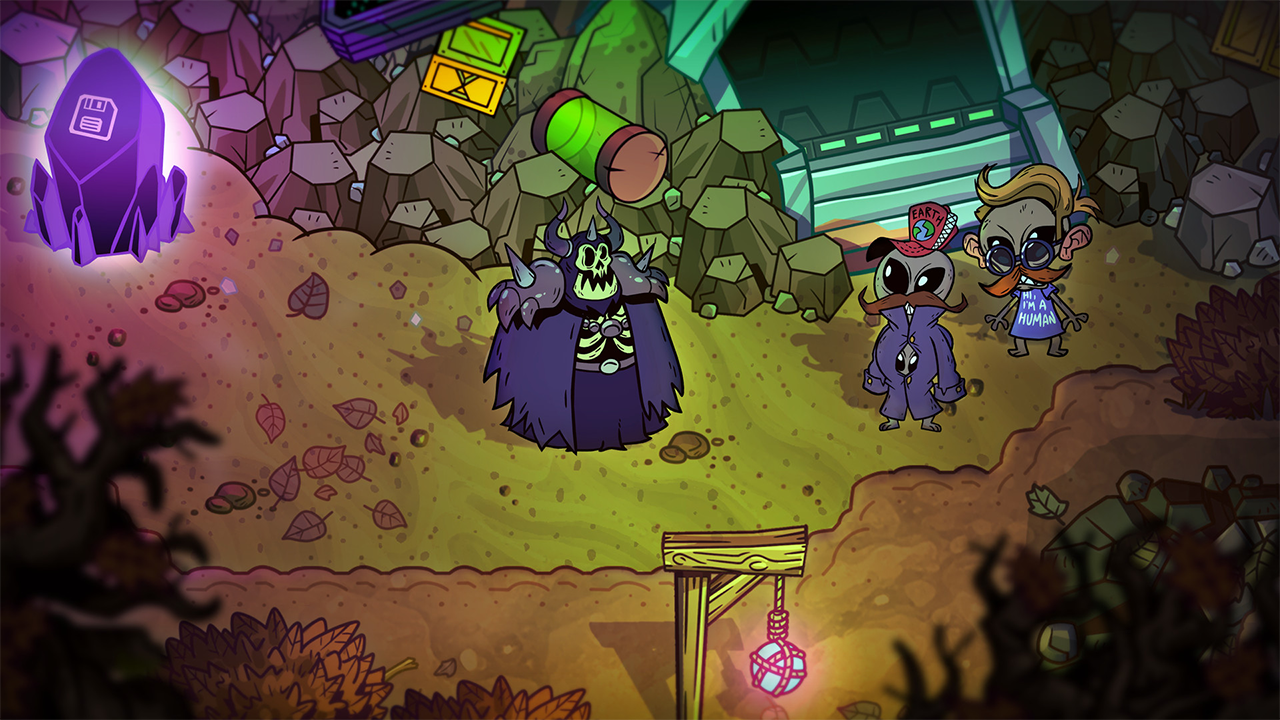 Microsoft and Twitch presented the first /twitchgaming Showcase: ID@Xbox event today, and the stream featured over 60 games. The announcements included everything from the reveal of DrinkBox Studios’ new game Nobody Saves the World to a new look at Twelve Minutes and so much more.We’ve gathered together all the best news from the show below, including the over 20 games that will be launching day one on Xbox Game Pass.

DrinkBox Studios New Game Is Nobody Saves the World

Guacamelee! developers DrinkBox Studios revealed Nobody Saves the World, a game that promises to put a “new twist on Action RPGs.” Players can transform into a Ranger, Rat, Horse, and a dozen other unique forms. Furthermore, players will be able to mix-and-match abilities to create custom builds.

Nobody Saves the World will arrive on PC and consoles in 2021, and promises dozens of dungeons and the chance to save the world.

Soup Pot is a cooking game that is all about creativity. Experiment with over 100 different dishes, and try cooking delicious dishes without the pressure of failing.

Soup Pot will be released on Console and PC via Steam in August 2021.

Moonglow Bay is a wholesome fishing RPG set along the 1980’s Eastern Canadian coastline and features a “playful voxel art style and sumptuous soundtrack.” You will play as a rookie angler who is looking to fulfill their partner’s final wish. Moonglow Bay will feature over 100 aquatic species when is launch in 2021 on consoles.

Death’s Door is a fantasy action-adventure that’s set in a world where Crows are in charge of reaping the souls of the dead. They have a headquarters called the Hall of Doors, and one of the Crows (that’s you!) gets sent to a “twisted place where nothing has died for several centuries.”

Discover the secrets of Death’s Door when it arrives on consoles in 2021.

Twelve Minutes got a new story trailer and a promise that the game would be released in 2021.

Among Us’ New Airship Map Gets a New Trailer

Among Us’ newest map, The Airship, got a new story trailer ahead of its release date of March 31, 2021.

Turn-based JRPG Astria Ascending takes place in a world where chaos looms. Players take control of the Demigods – a motley crew of eight heroes charged with the fate of the world. Each character has their own story, and the game features five cities, 25 dungeons, and 30 hours of gameplay that can be upped to around 50 for 100% completion.

Astria Ascending will arrive on PC and console in 2021.

22 Games Will Be Launching Day One With Xbox Game Pass

22 games featured in the /twitchgaming Showcase: ID@Xbox event will be launching day on on Xbox Game Pass. The full list of games is as follows;

Over 60 Games are Headed to Xbox Series X/S

The /twitchgaming Showcase: ID@Xbox event featured over 60 games that will be headed to Xbox Series X/S. Some of the biggest games are as follows;


Have a tip for us? Want to discuss a possible story? Please send an email to newstips@ign.com.

How to Watch the Square Enix Presents Stream This Week

Watch Dogs: Legion to Get Crossplay and Cross-Generation-Play