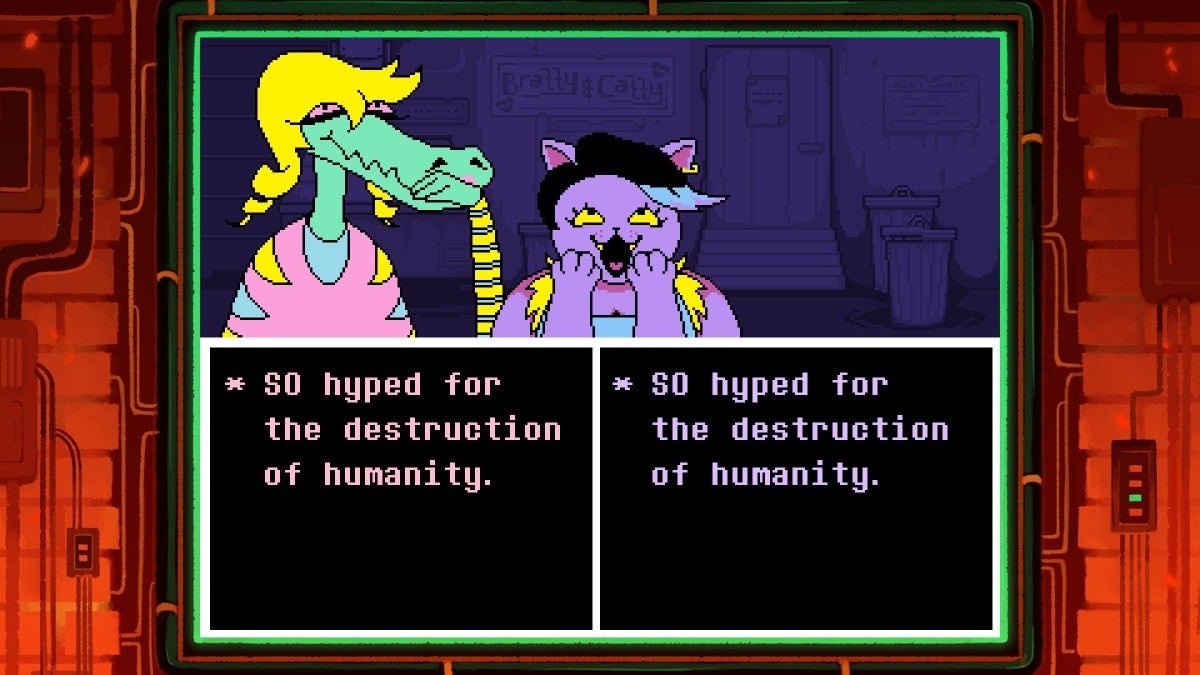 Undertale, the 2015 indie darling about making friends with (or murdering) goofy monsters, is finally coming to Xbox via Xbox Game Pass tomorrow, with some platform-exclusive features to boot.In a blog post today, it was announced that Undertale would be available on Xbox One, Series X, and Series S beginning March 16 via Game Pass, having already been available for PC on the Microsoft store for sometime (as well as Switch, PS4, PS Vita, and PC via Steam).

However, the Xbox version of Undertale will have some unique content, similar to how the Switch and PlayStation versions have, respectively, an extra boss fight and a way to spend in-game gold to unlock trophies — both located in a secret “Dog Shrine” location.In the Xbox version, this content appears to be another version of the Dog Shrine, this time with a slot machine in it.

Undertale’s developer, Toby Fox, has been relatively quiet over the last few years while he works on his next project, a game that seems to be linked to Undertale somehow entitled Deltarune. The first chapter of Deltarune is currently available for free on PC, PS4, and Switch, but no news as to when the rest of the game will appear has been offered yet. However, Sans (from Undertale) was added to Super Smash Bros. in the form of a Mii Fighter back in 2019, delighting fans.

Have you played Undertale?

We gave Undertale a perfect score in our review, praising its storytelling, attention to detail, and humanity.

The Last of Us HBO Show: Season 1 Adapts the First Game, But Will ‘Deviate Greatly’ in Some Episodes