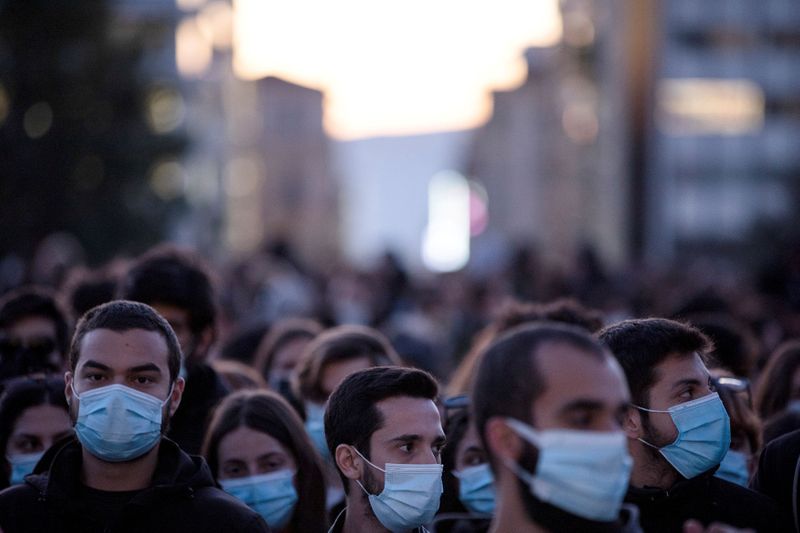 Dimitris Koufodinas, 63, a member of the dismantled November 17 guerrilla group, is being treated in intensive care in hospital near the high-security prison of Domokos in central Greece. He has refused food since Jan. 8, demanding to be transferred to Korydallos prison in Athens.

In a message posted online on Sunday, Koufodinas thanked supporters for their solidarity, a statement his lawyer Ioanna Kourtovik confirmed meant that he was ending his hunger strike.

The decision resolves an increasingly sensitive problem for the conservative government of Prime Minister Kyriakos Mitsotakis, whose own brother-in-law was killed by Koufodinas.

Sympathizers and civil rights activists, including members of the leftist opposition, have held a series of protests, accusing the government of intransigent and arbitrary treatment of Koufodinas. The government has rejected the criticism, saying it would not yield to blackmail.

Authorities had rejected Koufodinas’ request for a transfer citing a recent prison reform and a rise in COVID-19 cases in the region of Korydallos, where he served part of his sentence and where other convicted members of the Marxist group are held.

In his statement, Koufodinas, who suffered kidney failure last week, said protests in support of his strike showed the power of resistance.

“Before the force of these struggles, I declare that I’m among you, in heart and mind,” he said.

Over three decades, November 17, named for the date of a 1973 student uprising against the then junta, conducted a campaign of assassinations, targeting U.S. military personnel and foreign diplomats as well as Greek politicians and industrialists.

Its leaders were arrested in 2002, two years before the Athens Olympic Games. In a high profile trial, Koufodinas, nicknamed “Poison Hand” for his cold-blooded killings, was convicted along with 14 others of 23 murders and dozens of bomb attacks, which he never denied.