Shares across the Asia-Pacific region fell after stocks on Wall Street sold off in the face of rising US Treasury yields, which have been pushed higher by growing inflation expectations.

The falls in Asia came after Wall Street’s technology-focused Nasdaq Composite stock index tumbled 3 per cent on Thursday. The broader S&P 500 dropped 1.5 per cent, coming off a record-high closing level from Wednesday.

Those declines were spurred by increasing US Treasury yields, to which borrowing costs in many financial markets are benchmarked. Rising yields, which indicate falling demand for bonds, have forced investors to reprice the value of high-growth shares to reflect changes in interest-rate expectations.

On Thursday, the yield on the 10-year US Treasury rose to 1.75 per cent, crossing above 1.7 per cent for the first time since the market tumult of early 2020 sparked by the emergence of Covid-19.

The yield on the 10-year Treasury was flat in Asian trading on Friday at 1.713 per cent.

“This is spilling into wider markets,” said Robert Carnell, head of Asia-Pacific research at ING, of the sell-off in Treasuries, pointing to falls in prices for gold, oil and bitcoin. 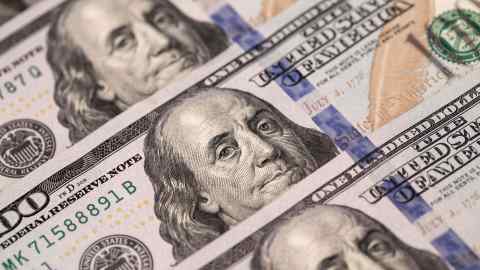 Investors are also keeping an eye on the first high-level meeting between US and Chinese officials since Biden took office, which began in Alaska with fiery exchanges between the two powers.

Elsewhere on Friday, Japan’s central bank will unveil the results of its biggest policy review since 2016.

Oil prices edged lower after tumbling on Thursday on concerns over flagging demand in China and the US. Brent crude, the international benchmark, slipped 0.3 per cent to $63.12 a barrel after dropping 7.6 per cent overnight. West Texas Intermediate was down 0.2 per cent to $59.89 a barrel after closing down 7.1 per cent on Thursday, marking the US benchmark’s biggest one-day fall in six months.