Renewable energy investors are reassessing their plans in Texas after last month’s winter storm froze some wind power projects and left their complex financing arrangements in a shambles.

The disarray threatens to hold back development in the largest American wind power market, undermining US goals to drive down carbon emissions.

The reason: derivatives that were designed to protect so-called tax equity investors have blown up spectacularly, threatening funding that was worth upwards of $17bn to the US renewables industry last year.

“It is feasible, but it’s going to be more difficult” to do these types of tax equity deals in future, Rubiao Song, head of energy investments at JPMorgan Chase, told a webinar on Texas energy financing that drew 3,000 listeners last week.

Tax equity investors — mainly big banks, but also companies ranging from Warren Buffett’s Berkshire Hathaway to the Swiss chocolatier Nestlé — can use the capital they put into renewables to offset their US tax liabilities, thanks to wind and solar tax credits.

But to guarantee the investors get the credit they are expecting, they commonly require wind farms purchase a swap from a bank to lock in the selling price of electricity. Swap contracts require that the wind farm deliver a set amount of power every hour in return for receiving a fixed payment from the bank, usually about $20 a megawatt-hour.

These fixed-volume hedges blew up when almost half of Texas’s power generation went out in February. Wind farms whose deliveries fell short were forced to purchase power on the open market at $9,000 a MWh for hours or days, generating huge losses and putting some into default.

“Project lenders and tax equity are going to look very carefully at what happened, and they’re not going to do it again,” said George Humphrey, an energy project lawyer at Thompson & Knight in Houston. “Taking market exposure is nuts. That’s what happened under these hedges.”

Cost of capital will certainly increase

Hundreds of millions of dollars of swaps payments are now in dispute. Tax equity investors and electricity swap dealers — often two arms of the same bank — were in intense discussions with wind farm owners over how to untangle the mess, bankers and lawyers said. One project has veered into litigation.

In that case, the most public example of how the hedges have gone wrong, a 210 megawatt wind project called Canadian Breaks, is seeking to escape electricity delivery obligations to JPMorgan Chase by claiming the storm paralysed operations. The bank says it is owed $79m for six days of invoices to Canadian Breaks; the project’s total revenue for the whole of this year is only expected to be $15m.

JPMorgan had offsetting obligations of its own, the bank said in a legal filing this week, and was forced to buy power in the market to meet delivery commitments to an electricity customer, paying a price “$8,980.45/MWh more than JPMorgan would have paid if Canadian Breaks had performed”.

At least 46 mostly wind projects totalling 9,000MW in capacity would “suffer severe financial losses” because of the $9,000 power price, a group of generator owners including BlackRock, Capital Dynamics and Copenhagen Investment Partners said in a filing to the Texas utility regulator.

Hedge dealers, who are secured creditors, were reluctant to foreclose on projects that were in default, however, said Joan Hutchinson, managing director at Marathon Capital, an energy and infrastructure investment bank. 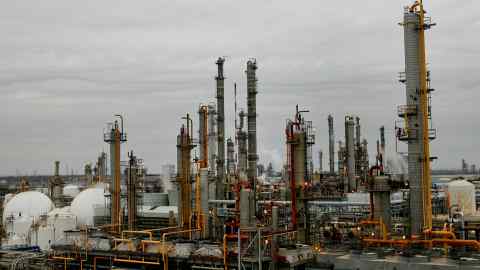 With fixed-volume hedges suddenly out of favour, tax equity investors may demand alternative forms of guarantee from wind projects, though these may be harder to secure. Power purchase agreements — guaranteed supply contracts with corporate buyers — are one such alternative, but the pool of customers is limited.

“Cost of capital will certainly increase” for wind power, James Wright, head of US renewables, clean energy and sustainability at lender CIBC Capital Markets, said on the webinar last week.