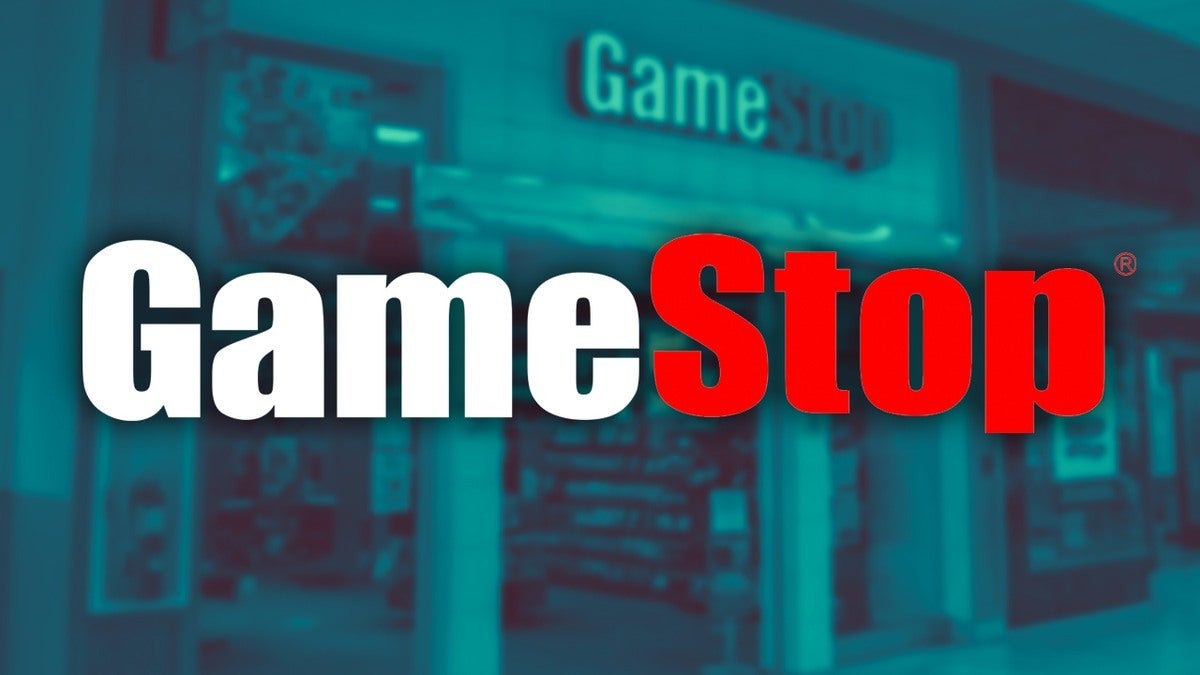 It’s not often that an earnings call — usually intended for shareholders and full of boring jargon and numbers — draws a crowd, but after the three months GameStop’s had, its 2020 full year earnings call was an exception. Unfortunately, it was far from the spectacle that listeners might have been hoping, even if it and other related events did provide ongoing context on the gaming retailer’s direction.If you tried to tune in, you might have struggled to even hear what was going on due to the fact that the event was at capacity — very much a rarity for an earnings call in the gaming space. And if you did manage to squeeze in, you may have noticed another oddity. Normally, calls of this nature are about an hour long, with the first half being an overview of the company’s financials and any announcements executives want to make that are of interest to shareholders. The second half is taken up by a Q&A where shareholders can ask questions of the executives and receive answers of a kind, even if they tend to be vague or indirect ones.

But this earnings call, which again was a call to give shareholders an overview of the company’s situation across the entirety of 2020, was a whopping 20 minutes long, and included no Q&A or meaningful announcements of any kind.

It’s understandable both why people might have expected more from GameStop, but also why it was so tight-lipped. The company was already having a god-awful year between its already declining revenues and lack of meaningful investor support before COVID-19 decimated the business. Next-gen didn’t do nearly enough to help matters either. Then, in January, an absolutely wild short squeeze sent stock into the stratosphere. All the while, behind the scenes, a group of activist investors have slowly been taking over the board, bringing in new visionaries like Chewy CEO Ryan Cohen as old names, like CFO Jim Bell, departed.

So what did we learn from this weird, truncated earnings call?

Things Are Getting Better for GameStop… But Very Slowly

First, it’s worth considering the actual financial results GameStop was reporting. The results it shared were for the fiscal year of 2020, meaning from January to December 2020, as well as the Q4 results: so from October to December 2020. It’s worth noting that even if the stock surge ended up having some kind of actual, meaningful, material impact on how GameStop conducts its business, we probably wouldn’t have been hearing about it during this call anyway, as it wasn’t relevant to the numbers GameStop was reporting.

GameStop’s fourth quarter was supposed to be a big turnaround for the company — for two years now, it’s been building up the notion that much of its decline has been due to the end of a console generation. But Q4 wasn’t quite the gangbusters sales bonanza GameStop might have hoped for. For example, its net sales were $2.12 billion, compared to $2.19 billion at the same time last year. GameStop says it sold less than it did last year due to the fact that it closed a bunch of stores, and thus had fewer locations to move inventory (and also fewer expenses as a result). That may be true, but it’s also worth noting that last year’s Q4 sales were also pretty disappointing, and were also partially blamed on a smaller store base. Basically, GameStop has been saying the same thing for a few years now on this front and nothing seems to have changed.

All this is to say: nothing GameStop is doing now is making it more money.

Its full-year net sales were in a similar boat, at $5 billion compared to $6.47 billion for the entirety of 2019. Again, GameStop does have some excuse here: fewer stores and the end of the console cycle are a tune we’ve heard for some time now, but 2020 was also the year of the COVID-19 pandemic, and temporary store closures due to that rocked the company for months. Still, again, that $6.47 billion was down 22% from the year before that, so this is hardly the headwind GameStop may have been hoping for.

All that said, one other figure worth pointing out is that GameStop’s cost-cutting measures do seem to be having an impact. In 2018, GameStop posted a net loss of $673 million. In 2019, that was improved to a net loss of $471 million. And in 2020, that net loss was improved again to $215 million. All this is to say: nothing GameStop is doing now is making it more money, and while its cost-cutting measures have worked out for it so far in slowing the bleed of cash, it probably can’t conceivably cut too much more without a significant strategy change.

That’s where the board comes in.

We’ve known for a while now that GameStop has been undergoing a board shake-up, beginning with a string of executive departures and appointments taking place over 2019 and 2020, and more recently with the additions of Alan Attal, Ryan Cohen and Jim Grube. CFO Jim Bell resigned last month, And then, on the same day as it posted its full-year earnings, another GameStop veteran took his leave: Frank Hamlin.

Hamlin has served as GameStop’s CCO since 2019, and has been the primary architect behind the company’s attempt at concept stores with a focus on being community gaming spaces, which it trialed in Tulsa, Oklahoma unfortunately right before a deadly global pandemic.

And there are more board changes afoot. The previously-vacant COO position (emptied after Rob Lloyd departed in 2019) has now been filled by Amazon veteran Jenna Owens, and two other executive hires have been announced too: Neda Pacifico as senior VP of e-commerce, and Ken Suzuki as VP of supply chain systems.

Any one of these changes on its own would likely be a fairly uneventful executive move, but the large payouts to departing old guard combined with a significant board reshuffle and brand new hires just lends even more credibility to the idea that winds of change are blowing, even if GameStop still (still!) hasn’t said precisely what those changes will be.

Even without clear statements from GameStop as to what’s happening, there are clues. More and more signs are pointing to a big e-commerce shift coming. Pacifico’s appointment, as well as various vision statements from people like Cohen and other new executive board members have indicated that’s what’s on the mind. But there were a few more clues dotted about its full-year earnings that solidify this theory.

For one, online sales are just about the only division of GameStop that can be said to be doing well. To go back to its financials again, e-commerce sales were up 175% year-over-year for October through December 2020, and up 191% for the whole year, representing 30% of the company’s total net sales. 30% may not seem like an overwhelming percentage, especially given how likely that number is to have been driven up by the pandemic, but it’s a pretty significant amount for a company that has historically been known as mainly a brick-and-mortar business.

It’s also worth pointing out that GameStop is still talking about closing more stores. As of last count, it’s closed over 1,000 stores worldwide in the last two years, or 12% of its total global stores, including its entire Nordic business, and GameStop says it’s pushing to move those lost sales online. Though no one on the earnings call gave any specifics about future closures to come, it was i
ndic
ated that GameStop was considering future closings in its European business.

GameStop wants to see itself as a broader technology company that is specifically relevant to gamers.

But the closest thing to a hint about GameStop’s further direction came from a jargon-filled quote from CEO George Sherman during the call:

“Overall, we’re pleased with the work we’ve accomplished to achieve our objectives and stabilize and strengthen our business operations. That work will continue, particularly as we explore options for our European businesses, which may include further store closings, exiting unprofiting businesses, or investing in e-commerce capabilities. As we go forward, we are focused on transforming into a customer-obsessed technology company that delights gamers. We are working to create a differentiated customer experience that positions us to access new customers, further engage with existing ones, and reactivate former ones.”

That’s a lot of PR speech, sure, but what he’s basically saying is that he’s happy with how cost-cutting has gone so far (which, again, required closing over 1,000 stores and laying off all those employees) and intends to do more of it in the future, while also investing in online sales infrastructure and tech. GameStop, he says, wants to see itself as a broader technology company that is specifically relevant to gamers — something he further emphasizes a bit later by mentioning that GameStop also wants to start selling more gaming-adjacent products, like monitors, TVs, and mobile gaming items. He also went on to reiterate the importance of investing in technology, as well as GameStop’s need to improve its distribution network — aka how it gets games people buy to them — and reduce its reliance on console cycles.

Many people clearly had hope for more concrete, exciting news out of GameStop’s conference call, and many were clearly disappointed given that GameStop stock dipped in after-hours trading (it’s still at $181.75 a share at the time this piece is written, though, so not all that significant a dip). Ultimately, GameStop’s message is the same as it’s been for a year or so: dramatic changes are clearly happening behind the scenes, and a critical pivot to something e-commerce related is in the works. Both will be necessary to save the company long-term.

But for now, GameStop’s sticking with its ongoing endurance test, buoyed by a surge of renewed faith from new executives, activist shareholders, and a whole lot of people perhaps more interested in its trading stock than the stock on its shelves.