US regulators have requested information from Lordstown Motors after a short seller last week said the electric vehicle start-up had overhyped its order book.

Hindenburg Research published a report on Friday saying the company’s 100,000 pre-orders were “largely fictitious and used as a prop to raise capital”, noting that orders worth tens of millions of dollars were made by organisations that lacked even a commercial address.

Lordstown was co-operating with the Securities and Exchange Commission, said Steve Burns, its chief executive. The start-up’s board has formed a special committee “to review these matters”.

The Ohio company’s shares slid 4 per cent in after-hours trading to $14.52.

Lordstown Motors has a higher profile than most pre-revenue electric vehicle makers. It bought the Lordstown, Ohio plant, promising to hire 400 workers in the politically important state, after its closure by General Motors in 2019, which led to a tirade by former president Donald Trump. GM loaned Lordstown Motors $40m for the purchase and also invested $75m in the company.

Hindenburg, too, is better known than many peers. Its profile rose after a report it issued last September knocked billions off the valuation of electric truck company Nikola and triggered investigations by the SEC and US Department of Justice.

Lordstown Motors on Monday said it would “respond as appropriate in due time” to the short seller’s report, but on Wednesday, during its first earnings call as a public company, Burns declined to comment further.

Instead, the chief executive emphasised the company was on track to begin mass producing its electric pick-up, the Endurance, in September.

“There is no company on planet Earth six months away from entering into mass production, not hand building, of a full-size electric pick-up truck,” he said. “We have a product people want, and we want to get as many into the market as we can.” 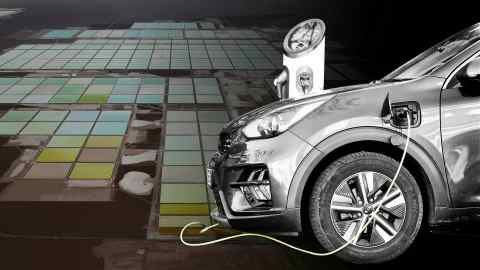 Lordstown Motors paid an outside consultancy in Cleveland, Climb2Glory, between $30 and $50 for each pre-order it racked up, according to Hindenburg.

Climb2Glory said on a now-deleted page on its website that for Lordstown Motors, “fundraising was directly linked to pre-order generation — the faster the pre-orders arrived, the greater investors’ confidence would be in the company, and the faster funds would flow in”.

Two deals for trucks also came from companies that appeared to lack the funds or intention to follow through, the report said. E Squared Energy Advisors, which said in December it would buy 14,000 trucks, is headquartered at a residential apartment in Texas.

Innervations, a two-person company headquartered at a virtual office address in Florida, pre-ordered 1,000 trucks in April, but then told the short seller they did not plan to purchase the trucks, just market them to possible buyers.