More people flew in the US this past weekend than any time since the coronavirus pandemic crushed air travel a year ago, which has fuelled the recovery hopes of US airline chiefs.

The Transportation Security Administration said about 2.57m passengers went through airport checkpoints this weekend. About 1.36m travelled on Friday, making it the single biggest day for air travel since March 15, 2020, when US states started to implement a wave of restrictive lockdowns in response to the spread of Covid-19 — although that is 46 per cent fewer travellers than the same day in 2019.

The weekend figures were the highest for air travel in a year, as some states loosen restrictions and university students travelled for spring break. The fall in new infections and rapid pace of vaccinations has also boosted some Americans’ confidence that the pandemic may be in retreat.

Scott Kirby, United Airlines chief executive, told investors at a conference on Monday that the airline expected to stop burning cash in the first quarter if current booking trends continue.

Ed Bastian, chief executive of Delta Air Lines, reported “glimmers of hope”, pointing to daily net cash sales — ticket sales minus refunds — which a regulatory filing said were 30 per cent higher for the first two weeks of March than the February average.

“I do think we’re near the end of the virtual world,” Kirby said. He later said that business demand could stage a comeback late next year, and reach 2019 levels by 2023.

Shares of all four big US carriers rose on Monday, including an 8 per cent gain for United to $60.93 by afternoon in New York.

Airlines have been burning through cash to stay afloat during the Covid-19 crisis. As the pandemic starts to ease, airline chiefs are hoping more people will return to the skies and allow them to mend the damage.

Bastian said he was “cautiously optimistic” that Delta could stop burning cash this spring, a goal he outlined five months ago after previously saying the company would reach zero cash burn by the end of 2020.

On Monday Delta tightened its forecasted cash burn range for the first quarter from $10m to $15m a day to $12m to $14m. The company averaged $12m a day in the fourth quarter. 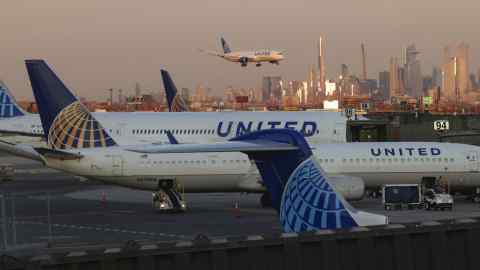 Delta said that it saw domestic demand “improving across the booking curve”, according to an Securities and Exchange Commission filing. Bookings for travel more than 60 days out represent 32 per cent of new bookings, which is 3 per cent lower than the level in 2019. In January, it was 10 per cent lower compared to 2019.

United said in a SEC filing that “if the current rate of improvement in bookings continues, the company expects core cash flow to be positive” in the future.

Southwest Airlines said in a filing that its cash burn forecast had improved to $12m or less a day in the first quarter, down from $15m a day, due to improvement in operating revenue trends that offset an increase in the cost of jet fuel.

9 Very Best Things To Do In Oakland – Hand Luggage Only