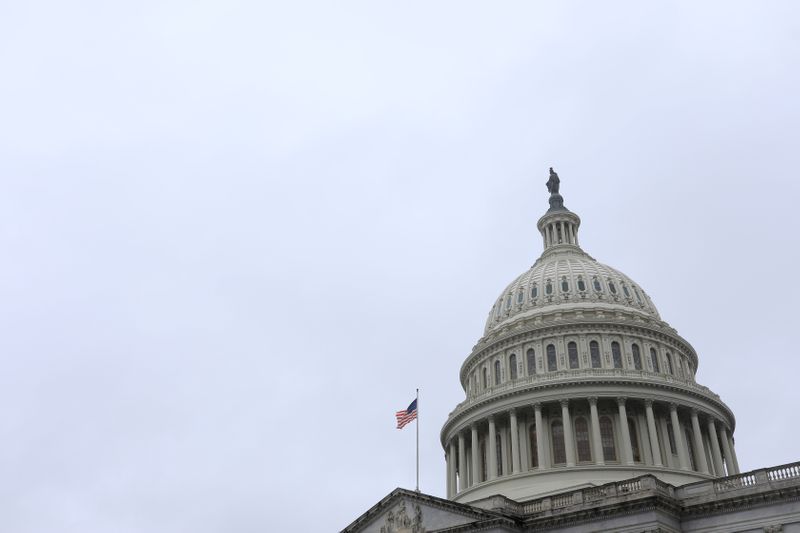 © Reuters. The U.S. Capitol during a morning rainstorm, after Congress agreed to a multi-trillion dollar economic stimulus package created in response to the economic fallout from the COVID-19 Coronavirus, on Capitol Hill in Washington

WASHINGTON (Reuters) – U.S. Democratic Senators will introduce a resolution on Thursday aimed at undoing a Trump-era rule that defines when a bank is a “true lender,” a staffer inside Senator Chris Van Hollen’s office told Reuters on Thursday.

The Congressional Review Act resolution to undo the measure comes after a coalition of liberal advocates called on lawmakers to do so before a fast-approaching deadline to repeal rules introduced by regulators under the previous administration that Democrats, lawyers and advocates said could encourage predatory lending.

In October 2020, the Office of the Comptroller of the Currency issued the rule in hopes of clarifying which party’s regulatory regime applies when banks team-up with non-banks to make loans.

The OCC said at the time that the rule clarifies a murky legal matter.

In January, seven U.S. states and Washington, D.C., sued a the banking regulator, seeking to void the rule they said preventing them from enforcing state laws against exploitative interest rates.