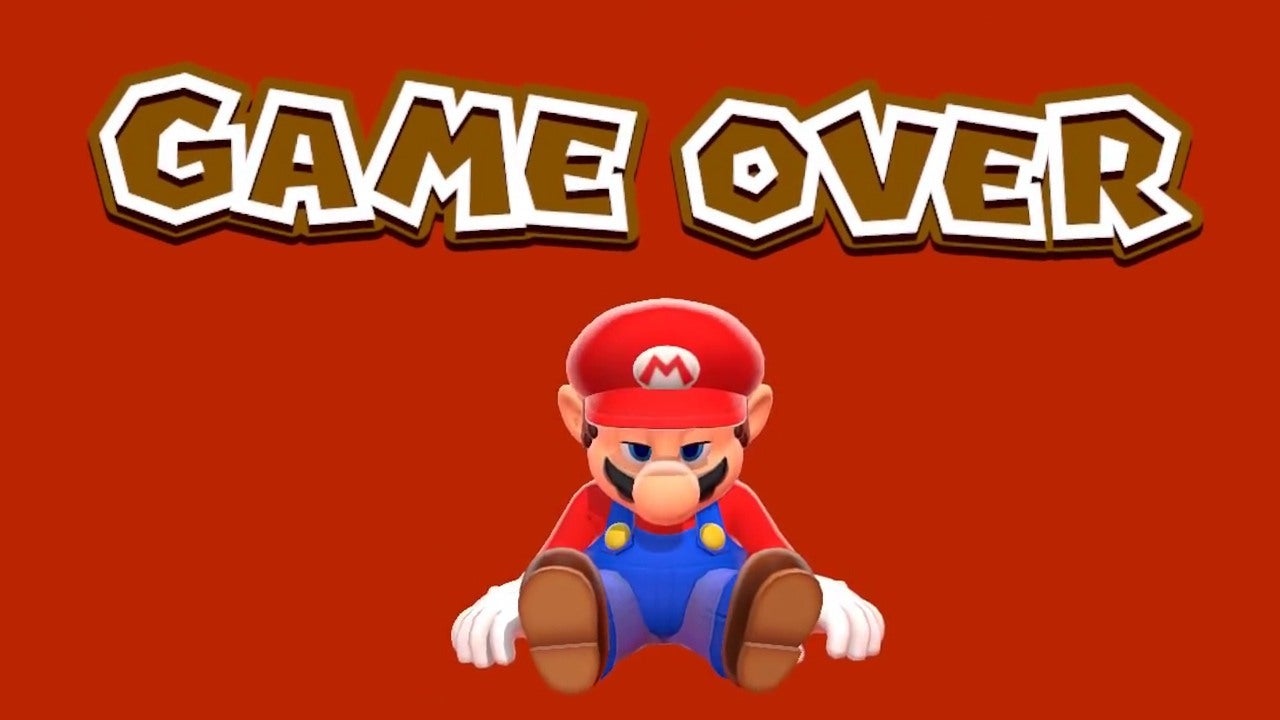 It’s a little over a week until Nintendo – for reasons it has still not satisfactorily explained – removes Super Mario 3D All-Stars, Super Mario Bros. 35, Game & Watch: Super Mario Bros., and the Super Mario Bros. 35th Anniversary merch collection from sale. It’s a situation so bizarre that the internet has attempted to rationalise it by deciding that March 31 is, in fact, the day Mario will die.Last year Nintendo released a number of products to celebrate Mario’s 35th anniversary, with the bizarre proviso that they wouldn’t be selling them beyond March 31, 2021. In the case of platformer battle royale, Super Mario Bros. 35, the game won’t even be playable after that date, and Super Mario Maker on Wii U will also cease level sharing on the day. Oddly, NES re-release, Fire Emblem: Shadow Dragon & The Blade of Light will also be removed from sale on March 31 (maybe it’s Mario’s favourite game?).

Despite confusion from fans – who’d quite like the option to be able to buy or play games after the arbitrary cut-off – Nintendo is really sticking to its guns on this. The company recently formally reminded fans of the removals, and VGC reports that Nintendo’s official Tokyo store will even pull physical copies of Super Mario 3D All-Stars off of shelves after the date.

Have you played Super Mario Bros. 35?

Tellingly, even Nintendo seems to understand the confusion this is causing, ending its removal reminder post by assuring fans that other Mario games like Super Mario 3D World + Bowser’s Fury and Mario Kart Live: Home Circuit will continue to be sold after March 31. There is, of course, the possibility that the affected games will be re-released in new, non-anniversary form after March 31, but Nintendo’s made no attempt to, you know, inform anyone about it if that is going to be the case.

The closest we’ve come to a reasoning behind all of this came from Nintendo of America president Doug Bowser, who told Polygon that it’s intended as a “celebration”, and (thankfully) made clear that “it’s not [a] strategy that we’re going to be using widely, but it’s one we thought was very unique for the actual anniversary.” Frankly, that doesn’t feel like it’s doing enough to explain the thinking here, never mind whether anything is coming after the fact.

So, with a dearth of information, the Nintendo community gestalt has come to a single, immutable conclusion: Mario will die on March 31. It might sound wild, but it somehow makes more sense than Nintendo just deciding to stop people from buying or playing the things they made without explanation.

Luigi: We live our lives taking each second for granted.

Mario: But what would you do if you knew how much time you had left?

The meme has been hanging throughout the months since the March 31 cutoff was announced but, as we enter the final days before the deadline, interest has been picking up. Google Trends reports that searches for “Mario dies” reached a year-long high in the US last week, and Twitter and Reddit are seeing the phrase flying around more and more. You can likely expect that to continue to grow until March 31 itself.

It’s a very silly meme, but it does speak to the wider issue with Nintendo’s messaging here. The company’s done so little to explain its decisions to its fans that they’ve taken matters into their own hands, and come up with an answer to the question that Nintendo probably doesn’t like being out there all that much. If it had just taken the time to provide a little more context, it might not be so eminently clear that Mario is on his way to the big Boo Mansion in the sky.

I mean, it’s not as if Nintendo doesn’t have previous here – it did once kill Luigi after all.