The US Securities and Exchange Commission has sent requests for information to groups involved in the listing of blank-cheque companies, intensifying regulatory scrutiny of a booming area of financial activity.

In recent days, the agency had sent letters to banks concerning their work with special purpose acquisition companies, or Spacs, according to two sources familiar with the matter.

While the inquiries were so far preliminary, they could develop into a formal investigation, they said.

Spacs, which raise money and then hunt for a business to acquire, raised $80bn globally in the first 10 weeks of the year, the vast majority in the US. That has already eclipsed the record $79bn that flooded into such vehicles in 2020. Blank-cheque companies promise private businesses a faster route to public markets than a traditional initial public offering.

Banks and law firms have enjoyed lucrative rewards and fees associated with the Spac structure. But critics have highlighted concerns about investor protections, lack of transparency around incentives, and the sky-high valuations attributed to young companies.

Reuters earlier reported that Wall Street banks received letters from the SEC’s enforcement division asking for information on how they were monitoring the risks involved in Spacs. The SEC declined to comment.

“[The SEC] are certainly rattling their sabre” toward the Spac market, said one lawyer who had seen the letters.

Given the popularity of the Spac vehicle, “it’s no surprise” that the SEC was starting to ask questions, said Doug Davison, a partner at Linklaters in Washington. “This is the beginning of what I expect will be heightened scrutiny of trading and disclosures to investors arising from the surge of these transactions,” he said. 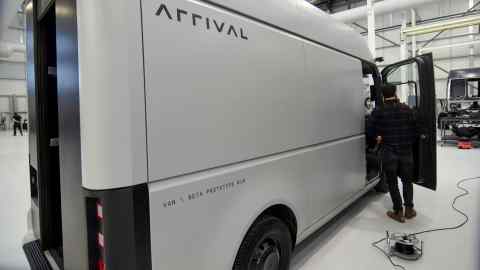 The popularity of Spacs among retail investors has prompted the SEC to issue guidance on how the structure works and to warn that companies can be incentivised to do deals that are against investors’ interests.

In September, then SEC chair Jay Clayton commended Spacs for bringing more competition to the IPO market but said there needed to be transparency around compensation for Spac sponsors, who are typically awarded a 20 per cent stake in the blank-cheque company essentially for free.

While Spacs have typically been promoted by financiers, celebrity figures such as basketball star Shaquille O’Neal and baseball player Alex Rodriguez have also helped launch vehicles. Earlier this month the SEC cautioned investors not to invest in Spacs just because they are promoted by famous people.

Dark Alliance Is a Familiar ARPG/Brawler With Some Unique Flavors