Saudi Aramco stuck by its $75bn dividend pledge despite a 44 per cent drop in 2020 profits after “one of the most challenging years in recent history”.

“As the enormous impact of Covid-19 was felt throughout the global economy, we intensified our strong emphasis on capital and operational efficiencies. As a result, our financial position remained robust,” said Amin Nasser, chief executive.

Profits were in line with an analyst net income estimate compiled by the company but free cash flow slid nearly 40 per cent to $49bn, significantly lower than the level needed to cover the dividend.

Saudi Aramco — which made its stock market debut in December 2019 — has been far more resilient than its international peers but has still suffered a massive hit to its finances, which are crucial for filling government coffers.

The company’s debt levels surged last year as the group committed to paying out its dividend, most of which will go to the Saudi state, its majority shareholder.

Gearing, which it defines as a measure of the degree to which operations are financed by debt, has surged from minus 4.9 per cent in the first quarter to 21.8 per cent in the third quarter. The company did not disclose the figure for the full year but plans to release more detailed financial data on Monday. 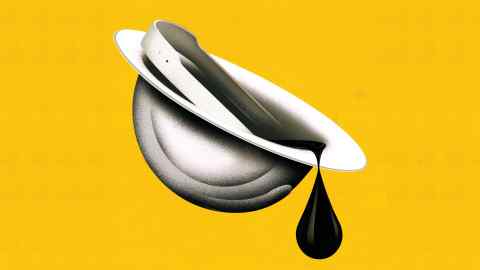 Saudi Arabia, the world’s largest oil exporter, joined forces with other Opec countries and producers outside of the cartel to curb output last year by 9.7m barrels per day. The intention was to bolster oil prices, which rose above $70 a barrel earlier this month.

Although the group has gradually released barrels on to the market in recent months, uncertainty about the trajectory of the oil market’s recovery and the emergence of new coronavirus variants forced producers to hold back from agreeing to unleash more supply for April.

In order to conserve cash, the company dramatically cut spending. Capital expenditure in 2020 was $27bn, down from $32.8bn the previous year. It expects the figure for 2021 to be about $35bn, which the company said was “significantly lower” than the planned $40-$45bn.

It has also delayed projects, suspended drilling in some areas and stalled some deal activity.