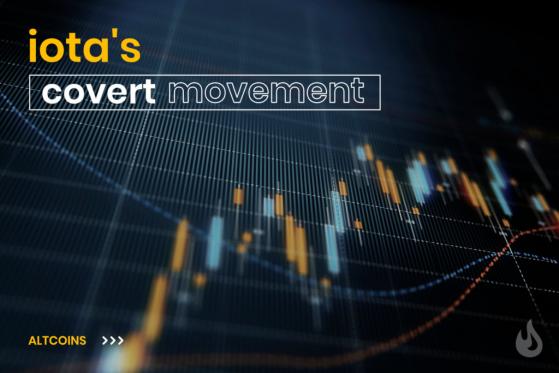 In 2017, IOTA was at its zenith. Its innovative method of operation, utilizing proprietary technology (the Tangle) to confirm transactions, placed it on a lofty pedestal above the competition.

IOTA once reached a market capitalization of $13.2 billion (compared to $3.7 billion today). It was ranked as the fourth-largest cryptocurrency in terms of market cap until it suffered a series of disasters.

Multiple hacks by cybercriminals, and IOTA’s decision to use ternary instead of binary encoding for its data, are among the factors responsible for the woes that have plagued IOTA.

Marching Forward To A New Dawn

Realizing the flaws of the design, IOTA began working on a network upgrade, which they have named Chrysalis, to fix a host of problems previously associated with the digital currency.

According to the CEO of the IOTA Foundation, Dominik Scheiner, Chrysalis will attempt to remove the “coordinator node” in the network through a process called “Coordicide.” This process will assist in the prompt validation of transactions.

The new upgrade will also see the deployment of oracles to the network. Through the use of oracles, IOTA will be able to receive data from outside sources; Scheiner commented that Alvarium will serve as an IoT oracle seeking to empower third parties, like Chainlink, to build their own oracles on IOTA.

In addition, IOTA is experimenting with its version of smart contracts, which are widely touted to be distinct from because IOTA will utilize sharding to divide the network into sub-networks.

Most importantly, IOTA is launching the beta version of its wallet, seeking to make it impervious to attacks by hackers. This is a huge improvement from the previous wallet, which featured several third-party integrations.

This new upgrade on the wallet has no third-party features and has been “rewritten and thoroughly modularized,” says Scheiner.

IOTA is a distributed ledger that launched in 2016. It stood apart from the competition thanks to the Tangle, which confirms transactions through a system of nodes. Founded by Sergey Ivancheglo, Serguei Popov, David Sonstebo, and Dominik Schiener, it has a maximum supply of 2,779,530,283 MIOTA.

The network is secured by proof-of-work. Despite the network’s security, IOTA has fallen victim to hacks by cyber-criminals, which have diminished its standing.

IOTA currently trades at $1.32 and ranks 25th in terms of market capitalization with $3,735,902,815.09. The proposed upgrades could see IOTA rise from the rubble to become a formidable digital currency in the near future.

Spieth in danger of missing cut