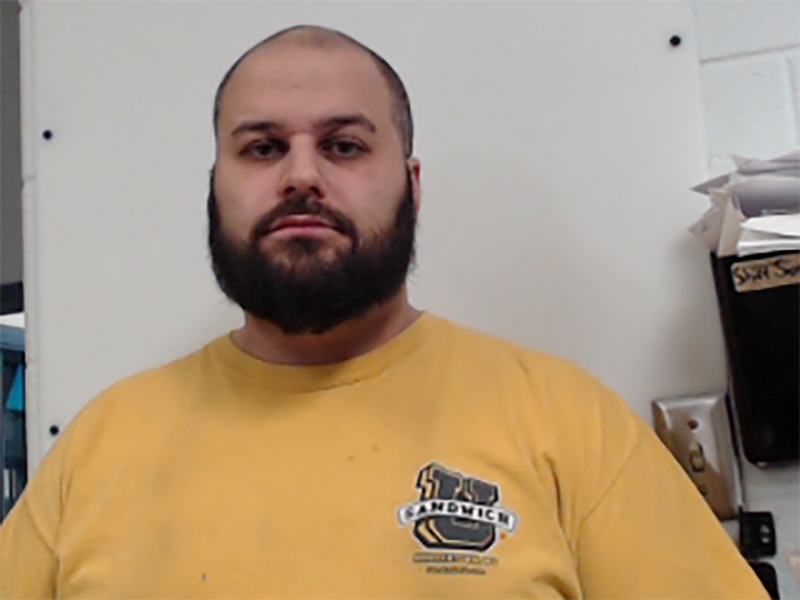 WASHINGTON (Reuters) – Prosecutors on Monday asked a judge to detain U.S. Capitol riots suspect George Pierre Tanios, saying they had evidence he bought bear spray and pepper spray that he and a friend used to assault three police officers, including one who died the following day.

In an emotional court hearing that featured testimony from Tanios’ family, prosecutors also said they had reason to believe that his mother would try to help her son flee the country to her native Lebanon if he is released from custody.

Tanios and a childhood friend, Julian Elie Khater, are facing multiple criminal counts, including assaulting police with a deadly weapon and obstructing an official proceeding.

Khater and Tanios are not charged with killing the officer, Brian Sicknick, on Jan. 6. His cause of death remains unclear.

In a federal court in West Virginia, prosecutor Sarah Wagner told a judge that Tanios’ co-defendant admitted to the FBI in an interview that he had traveled with his friend to attend former President Donald Trump’s “Stop the Steal” rally on Jan. 6 and shared a hotel room.

Both Khater and the manager of a store in West Virginia that sells guns and other weapons confirmed that Tanios had purchased cans of both bear spray and pepper spray to bring with him to Washington after he was told he could not bring firearms or a pepper ball gun into the city, Wagner told the court.

She also showed body camera and open source videos, including one featuring Sicknick shortly after he had been sprayed with a chemical irritant.

In the video, which Wagner also described for the court, he “appears to be attempting to walk off the effects of the pepper spray, rinsing his eyes with more water and pausing a times, while crouched over with his hands on his knees.”

Tanios’ mother, Maguy Tanios, told the court in tears that she had escaped war-torn Lebanon to start a new life after several of her family members were killed.

She said her son goes to church and is a family man. “My son is not a bad kid,” she said, and explained his role at the U.S. Capitol as him being “in the wrong place at the wrong time.”

She denied that she had ever entertained the idea of helping her son flee to Lebanon if he is released from jail pending trial.

“This is my country,” she said. “I raised my kids here. They are American.”