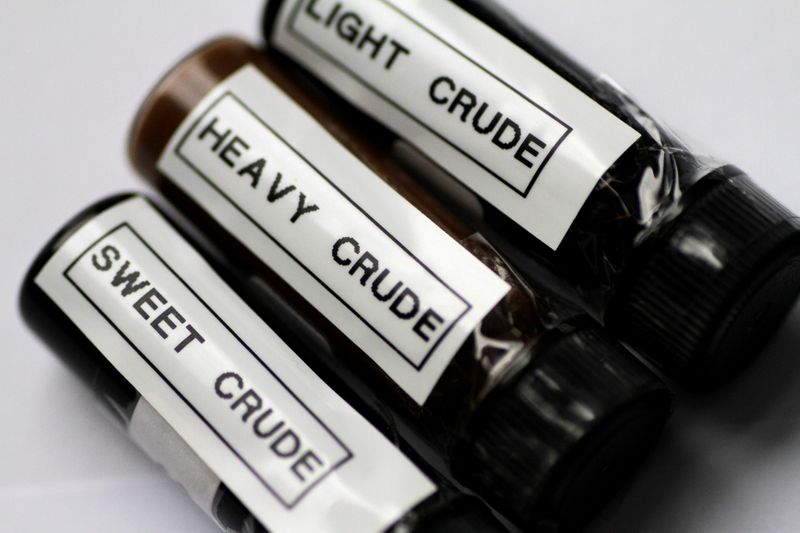 TOKYO (Reuters) – Oil prices steadiedr on Wednesday, following the previous day’s slump, but the recovery was stunted by fears of a slow recovery in demand due to new pandemic lockdowns in Europe and a build in stocks.

Both benchmarks touched their lowest levels since early February on Tuesday and have now fallen nearly 15% from their recent highs earlier this month.

The front-month spread for both Brent and WTI slipped into contango, where front-month contracts are lower than the later months, a sign that demand for prompt crude is declining.

“But the market sentiment remained bearish due to growing concerns about demand recovery in the wake of new pandemic curbs in Europe,” he said.

Worries over the pace of the recovery from the pandemic were also heightened after a U.S. health agency said the AstraZeneca (NASDAQ:) Plc vaccine developed with Oxford University may have included outdated information in its data.

“Past patterns, in general, has been for the markets to pare back on initial lockdown announcements but then to recover. However, there are more worries at the moment about a lagged rise in US COVID-19 cases to follow in Europe’s footsteps due to Spring break festive proclivities,” Stephen Innes, chief global market strategist at Axi said in a note.

“So, there is still a chance there could be more pain to come,” he said.

Adding to pressure, U.S. crude oil stocks jumped by 2.9 million barrels in the week to March 19, against analysts’ expectations in a Reuters’ poll for a decline of about 300,000 barrels, according to trading sources citing data from industry group the American Petroleum Institute.

The weakness in oil this week seems to have validated the cautious view expressed by Saudi Arabia at the last OPEC meeting and it increases the probability of yet another rollover of current production levels at next week’s meeting, Axi’s Innes said.

Facebook to label all posts about COVID-19 vaccines By Reuters