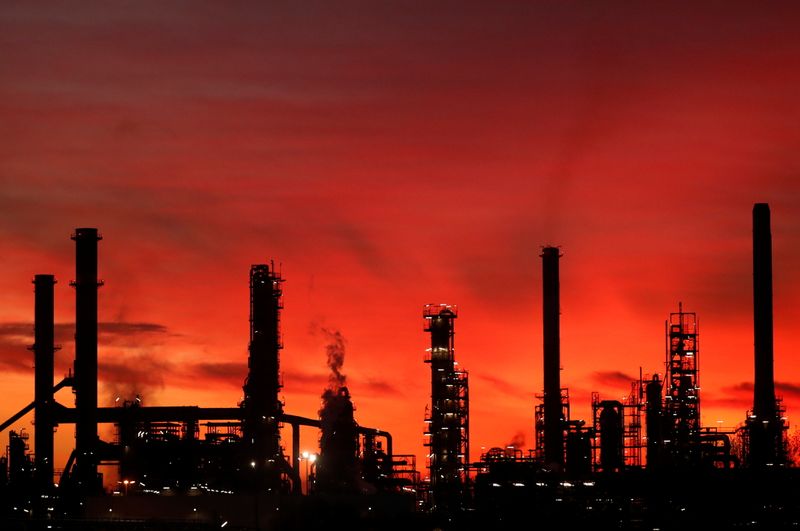 TOKYO (Reuters) – Oil prices edged up on Friday, but were still down more than 8% for the week as a new wave of COVID-19 infections across Europe spurred fresh lockdowns and dampened hopes that an anticipated recovery in fuel demand would come soon.

Prices plunged 7% on Thursday, falling for a fifth day in a row amid concerns about slowing vaccination programmes in Europe, even if infections have plummeted in the United States, the worst-hit country and biggest crude consumer.

“The market is becoming increasingly nervous around some countries in Europe imposing COVID-19-related restrictions once again and, in doing so, raising concerns for the demand outlook,” ING Economics said in a note to clients.

Several large European countries have reimposed lockdowns as new infections increase, while vaccination programs have slowed because of concerns about side effects of the AstraZeneca (NASDAQ:) vaccine, which was being widely distributed in Europe.

Germany, France and other countries have since announced the resumption of inoculations after regulators declared the AstraZeneca vaccine safe, but the programme halt has made it harder to overcome resistance to vaccines among some of the population.

Supplies of oil are plentiful as well, with Saudi Arabia’s crude exports increasing in January for a seventh straight month to the highest since April 2020, according to the Joint Organisations Data Initiative website on Thursday.

Shipments from the world’s biggest oil exporter increased to 6.582 million barrels per day in January from 6.495 million the previous month.

In the U.S., crude inventories increased for a fifth week last week, according to official figures released on Wednesday.

Goa Tourism Appealing Visitors From Across the Globe