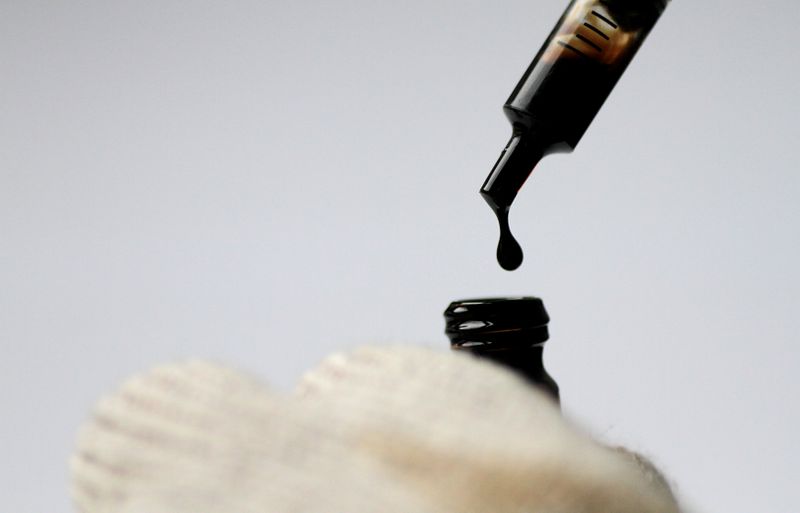 © Reuters. Illustration photo of crude oil being dispensed into a bottle

TOKYO (Reuters) – Oil prices dropped for a fifth day on Thursday after official data showed a sustained rise in and fuel inventories, while the ever-present pandemic clouded the demand outlook.

Government data on Wednesday showed U.S. crude inventories have risen for four straight weeks after refineries in the south were forced to shut due to severe cold weather. An industry report estimating a 1 million barrel-drop had raised hopes the run of gains might have stopped.

Stocks of gasoline and diesel increased against expectations among analysts for a decline.

On the demand front, a number of European countries have halted use of AstraZeneca (NASDAQ:)’s COVID-19 vaccine because of concerns about possible side effects.

Germany is also seeing a rise in coronavirus cases, while Italy plans a national lockdown for Easter lockdown and France will introduce tougher restrictions.