McKinsey has agreed to pay another $45m to settle litigation relating to its advice to opioid manufacturers, in a settlement with Nevada’s attorney-general that takes the cost of its opioid settlements to $619m.

Nevada was the only US state to opt out of the $574m deal the consultancy struck in February with 49 other states, five territories and the District of Columbia. Aaron Ford, its attorney-general, said on Monday that Nevada would only have collected about $7m under the multi-state settlement, and held out for more as one of the states hit hardest by the opioid epidemic.

“Nevada needed and deserved more than what was being made available to us in the multi-state settlement,” Ford said, adding that its state laws governing how it can prove co-conspirators’ liability played into its decision to strike its own deal.

“The conduct of McKinsey and others has devastated our communities,” he said, pointing to the thousands of Nevadans who have died from opioid overdoses. Documents released in the states’ litigation showed McKinsey telling Purdue Pharma, the OxyContin manufacturer it advised for more than a decade, how to “turbocharge” sales.

As with its agreement with the other 49 states, McKinsey’s settlement with Nevada contained no admission of wrongdoing or liability. “As we noted in connection with the prior settlements, McKinsey believes its past work was lawful and has denied allegations to the contrary,” the consultancy said.

Ford applauded McKinsey’s willingness to strike a settlement, which he said would help fund Nevada’s response to the opioid crisis at a time when the Covid-19 pandemic has depleted state coffers.

McKinsey will pay $23m within 45 days and the remaining $22m within 120 days. It still faces lawsuits from several local municipalities relating to its advice to Purdue and other opioid manufacturers. 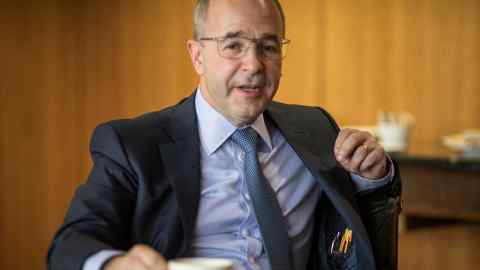 The opioid litigation has been one of several reputational crises hanging over McKinsey. The consultancy’s senior partners in recent weeks denied Kevin Sneader a second term as its global managing partner, picking Bob Sternfels to succeed him from July.

Its settlements are expected to cut into the profit pool partners share, but come against the backdrop of strong growth for leading consultancies as clients accelerate spending to adapt to changes in consumer behaviour that have been accelerated by the pandemic.

Source Global Research, which tracks the industry, estimates that the US consulting market will expand by 9 per cent in 2021 after falling by nearly 13 per cent to $66bn last year as clients absorbed the initial impact of the pandemic and held off spending around a contentious election.

Can crypto markets see another huge crash? By Cointelegraph