JPMorgan Chase, Goldman Sachs and a group of real estate investors are set to take a stake in Mall of America, the largest shopping centre in the US, after its owner defaulted on another multibillion-dollar development in New Jersey.

The banks were in the final stages of securing a minority interest in the Minnesota mall and have been in negotiations with its owner Triple Five Group, its lawyers and a consortium of other lenders, according to people involved in the deal.

Triple Five put up 49 per cent stakes in the Mall of America and the West Edmonton Mall in Canada as collateral to secure a $1.2bn construction loan for its American Dream project in New Jersey in 2017.

That $5bn project was a mammoth undertaking, billed as a tourist destination given its proximity to Midtown Manhattan, and boasted luxury department store tenants, a Nickelodeon theme park and indoor ski resort. But the first part of the mall opened just weeks before the coronavirus swept across the US. Several large tenants have backed out of the project, including Barney’s and Lord & Taylor, two department store chains that have since shut down entirely.

The restructuring had been complicated by the number of lenders involved but the deal could close as early as this week, two of the people added, although they cautioned it could still be delayed.

Even after the equity in the two malls is passed to the lenders, thorny questions will remain. It was unclear if the lenders were keen to hold their stakes long-term and they might pursue efforts to sell their positions, one person added.

The American Dream project has faced troubles since it was conceived more than 20 years ago. Construction began in 2003 when the Brooklyn Nets basketball team — then known as the New Jersey Nets — still played in New Jersey’s Meadowlands Arena. The development was known as Xanadu at the time. Its original developer, Mills Corp, ultimately dropped out, as did its successor Colony Capital.

“It would have been much better if American Dream would have burned down or a hurricane had hit it, financially, because we would have been covered by insurance,” Kurt Hagen, a Triple Five executive, told a city council meeting earlier this month. “This pandemic that we didn’t see coming has not been covered and is the worst scenario imaginable.”

Triple Five, the Ghermezian family investment group, will continue to own a majority stake in the Mall of America after turning over 49 per cent to the lenders. 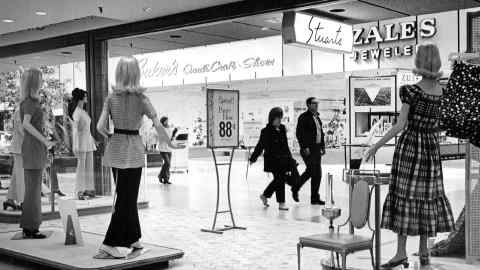 It has also only recently negotiated its way out of trouble on its mortgage on the mall, which was in arrears until December. Lenders have agreed to take interest payments only until the loan matures.