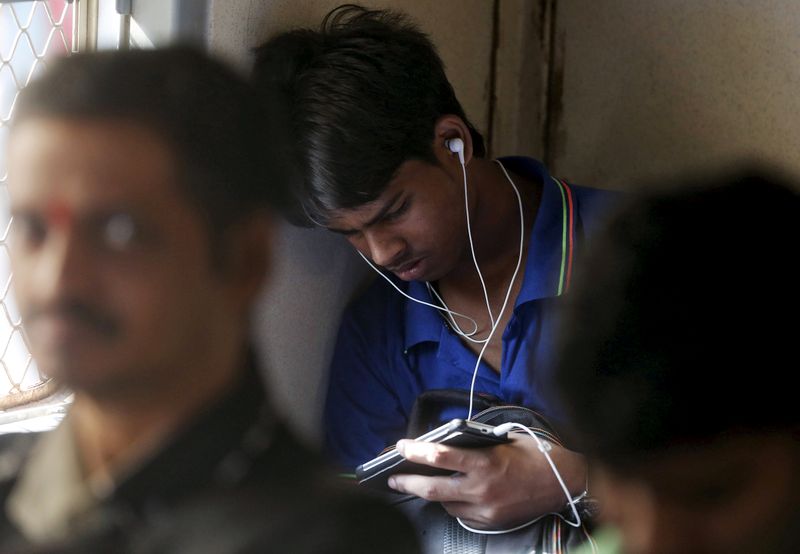 © Reuters. FILE PHOTO: A man watches a video on his mobile phone as he commutes by a suburban train in Mumbai

NEW DELHI (Reuters) – India’s technology minister on Thursday said video streaming services have to be “responsible and accountable” for their shows and movies, defending rules introduced last month that regulate such content.

India tightened its grip on social media firms such as Facebook (NASDAQ:) and Twitter. The rules, called the “Intermediary Guidelines and Digital Media Ethics Code”, also require firms such as Netflix (NASDAQ:) and Amazon (NASDAQ:)’s Prime Video to classify content into categories based on viewers’ age.

The rules come at a time digital media or over-the-top (OTT) platforms such as Amazon Prime Video and Netflix face growing complaints in India about obscene content or hurting religious sentiments. OTT delivers content to viewers directly by the internet.

Among the highest-profile such cases, police last month questioned a top Amazon Prime Video executive for hours over a show that allegedly hurt religious beliefs. Amazon was also forced to issue an apology.

The three-tier grievance resolution system begins with self-regulation by the content platform and ends at a government appointed panel headed by a ministry official.

“India is tolerant and will remain tolerant,” Prasad said. “But the limits of tolerance and standards of tolerance should not be judged on the creating freedom or abuse of a particular producer of an OTT platform.”

5 Ideas for Using Threadit in School