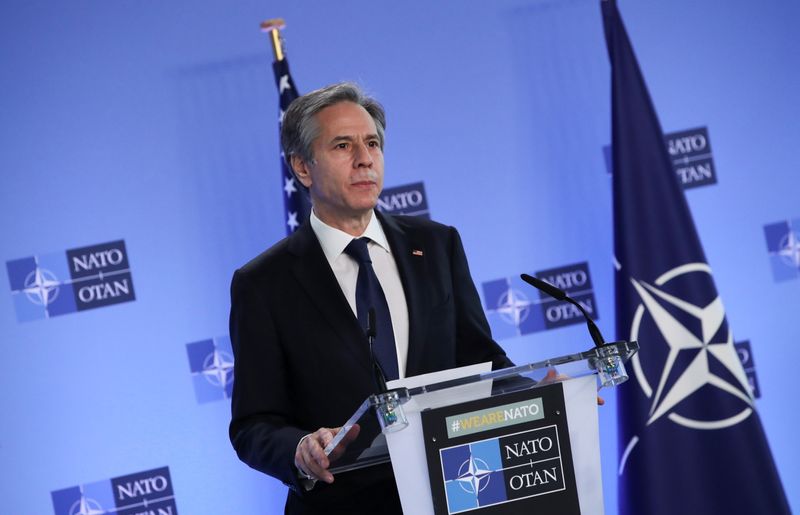 BRUSSELS (Reuters) – U.S. Secretary of State Antony Blinken on Tuesday pledged to rebuild and revitalise the transatlantic NATO military alliance and to share American plans on any possible withdrawal from Afghanistan.

Speaking on his first visit to NATO headquarters, Blinken said the alliance was at a pivotal moment in facing threats around the world, as well as climate change.

“I’ve come here to express the United States’ steadfast commitment (to NATO),” Blinken told reporters as he met NATO Secretary-General Jens Stoltenberg. “The United States wants to rebuild our partnerships, first and foremost with our NATO allies, we want to revitalise the alliance.”

After four years of friction with Washington under the presidency of Donald Trump, who said the alliance was obsolete, NATO’s European allies have also welcomed the change in tone under new U.S. President Joe Biden.

Stoltenberg has set out areas where NATO could modernise over the medium term – from climate measures to more sustainable funding of military operations – and needs U.S. support,

Asked about any possible withdrawal from Afghanistan, Blinken said a U.S. review of options was still underway and he would listen and consult with allies. NATO foreign ministers will discuss Afghanistan over the next two days in Brussels.

“We went in together, we have adjusted together and when the time is right, we will leave together,” Blinken said of Western involvement in the country.

US stimulus package leaves Europe standing in the dust