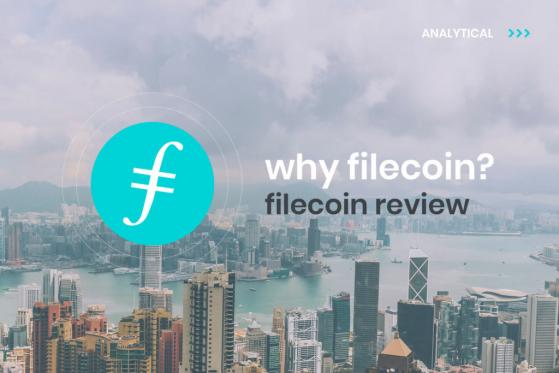 The internet’s future is developing due to Web 3.0, which empowers users to control their data. By shifting the power focus from large multinational corporations that have control over how data is processed, consumed and further distributed, the utopic decentralized internet becomes an influential asset for humankind.

Since the first was mined, a power struggle has emerged between centralized institutions to control the digital era’s most critical information; data. Projects such as Filecoin have helped support information redistribution through an asymmetrical flow by creating unique solutions that build upon a decentralized vision. Data is distributed through the human network and digital technology, and is owned by no one.

Where is Filecoin rooted from?

As we continue to consume large amounts of data, the importance of data storage is becoming a fundamental concern. With a daily data consumption of 1.145 trillion MB, we’ve become dependent on a neverending digital resource. Data we create and consume needs to be retried and withstand outside intervention. In 2019, data breaches increased by 71% compared to the previous year, giving reason to doubt that current mass-adopted solutions are infallible. Existing market solutions like Amazon (NASDAQ:) AWS showed their limitations when their servers suffered an outage affecting all global companies.

Established by Juan Bener in 2015, the founder of Protocol Labs, FileCoin offers users a safe alternative for storing files and data by accessing Filecoin’s extra storage. Aimed towards both individual and corporate entities, Filecoin provides a high level of security through their InterPlanetary File System (IPFS), arguably their most valuable selling point.

Protocol Labs created both Filecoin and the IPFS system in tandem, beginning with several introductory investment rounds during 2014. In 2017, Filecoin initiated an ICO to raise extra capital and expand its project development, which has exhibited a high market fit potential. The money they raised amounted to $257 million, a staggering 643% compared to what they initially demanded for product expansion.

Filecoin: The gateway to decentralized data

Filecoin is an ecosystem where participants who allocate free storage space on their devices are rewarded for their participation; it’s a sort of mining process. However, the foundations of Filecoin and the potential it has to disrupt the scheme of classic HTTP and data is far more profound. Designed to “store humanity’s most valuable information,” Filecoin uses a provable storage system to prove to other listeners in the network that one such network (or node) has an exact replica of the unique data.

The ecosystem is built on an open-source platform and has the necessary compatibility for integration with developer tools. This means users can leverage smart contracts to enter agreements between clients and providers. Filecoin operates in abstract forms as a storage exchange to settle decentralized data storage.

Developed on an InterPlanetery File System architecture, the network provides storage access through a peer-to-peer paradigm. The aim is to connect all data sources under a single umbrella using content-addressing to expedite files and data. While systems like HTTP request data from a specific location such as a server, IPFS requests data from a cryptographic hash which is permanently stored on the blockchain. Thus, it creates an immutable system of information to serve the growing Web 3.0 prototype.

Within the network, a set of actors participate in an exchange of information between files and storage. An accord between user and miner is reached through the Storage Market, which operates as a decentralized exchange, providing clients with an order book of possible fees. Clients send information about the type of data, the length of storage, and allocate an amount of Filecoin. Miners are also required to provide collateral to participate in the network.

When an agreement is reached, data is split into segments and allocated asymmetrically throughout. The contract is saved as a smart contract in a blockchain hash and indicates the contract terms that both miner and client have entered. The network’s consensus ensure data is stored according to the contract, and miners need to prove they still own to their agreement continuously by answering a list of proposed questions asked by the system.

The native token in the decentralized network is Filecoin, which is used as the native currency in the storage system. Thus, for clients to take advantage of the global storage network, they need to purchase and use Filecoin.

When an agreement is reached, clients are no longer subject to the tokens price volatility. Mining rewards from the client are released to the miners in installments, thus providing consistency for the network. Filecoin aims to create a list of network “verified clients” that generate higher block rewards for the miners. “Because the network reward grows as mining power grows, it matters less when a miner enters the network”, stated Ian Darrow in an interview with CoinDesk. Verified clients are larger entities such as Non-governmental Organizations (NGOs) or academic institutions.

Unlike Bitcoin or other Proof-of-Work mechanisms that utilize computing power to validate blocks with information stored in hashed values, Filecoin uses storage space to validate and coordinate user data.

The storage proof algorithm requires actors to retrieve a replica of data from multiple nodes for validation. Thus, Proof-of-Spacetime allows node verifiers to confirm if a storage provider is honoring their commitment to save data, for the agreed duration. Intertwined with their Proof-of-Replication protocol, it allows servers to prove to users that an exact replica of their data has been replicated and stored on a unique physical storage.

Their consensus mechanism is built in Rust, providing an elevated encryption level, not allowing false actors to alter or modify the data. The blockchain system is programmed to verify data is stored integrally and, in some instances, take restorative actions. However, Filecoin is not the absolute keeper of data. Community participants are the safe-keepers of information in the new arrangement of data by powering the entire network ecosystem.

A pipeline for the flow of digital information

The demand for new kinds of storage that are easily accessible creates an entirely new landscape to facilitate information flow. Ownership and security of data are becoming fundamental concerns in the new millennium and several projects have entered the market to help create a more trustworthy system.

Diversity helps create better, more performant ecosystems as it increases stability and incentivizes innovation. Cost-effectiveness is one of the key elements for both individual and enterprise users. With the emergence of a new meta of decentralization and privacy powered by blockchain technology, an extra layer of security and control is required for the current market solutions.

Perceptions about how big data companies use data are changing,and trust in big corporations is decreasing. People have become more wary about the importance of data in the digital age; not only the value of data but the storage of data. Interoperability between systems and digital dependency demands new rules and arrangements be set in place to create a more level playing field where data can no longer become an asset for those that don’t own it.

As a result, the decentralized data field has gained momentum with more actors joining the space, such as SiaCoin, NeoFS, Swarm, or Storj, all with the same core aim: keep data safe.

Filecoin launched its Mainnet in 2020, nearly five years after the company began developing its network architecture. The increase in storage capacity helped them secure a large portion of the market. As of February 2021, Filecoin can currently host up to 2.5 billion terabytes of information, with more room to expand. Filecoin’s progress is due to the developer’s vision of investing in additional storage space, which increases the network’s value. Filecoin pays miners to allocate excess space alongside existing file space.

The value of Filecoin’s network is evident in the attention it’s been receiving from investors, seen clearly in their price surge. FIL (Filecoin token) has increased by 70% in the past week, to a new all time high of $96.17 on March 17th, according to Coinmarketcap.

The increase in price is no novelty as Filecoin has gained more market momentum since Grayscale announced it will offer Filecoin to investors. The US digital asset trust, Grayscale, will introduce investors to a new sort of assets, including Filecoin, which will reinforce their industry’s statute. Recommendations from mega-investment funds only strengthen Filecoin’s value proposition and expand their possibilities towards becoming a viable competition for existing Web 2.0 cloud storage entities.

Additionally, Filecoin does not only target retail and enterprise clients. Viewed as the Airbnb of cloud storage, its potential to become the next-generation marketplace for decentralized data is a possibility. With an extraordinary storage capacity of 3.31 EiB, active miners joining the network, and over 200+ new projects entering the ecosystem, the potential for Filecoin has yet to be discovered.

The focus on scalability and a high interest in layer two technology accelerates the pace at which Filecoin will go mainstream, not only through a price increase but also through adoption. New Universal (Newu), a Chinese company, has publicly stated its involvement in the Filecoin network by purchasing 90 million worth of storing equipment. This is the first instance when a Chinese public company has moved into Filecoin mining and the majority of computing power comes from Chinese investors.

As the old model of Web 2.0 storage becomes outdated, Filecoin is on the brink of disrupting a system that’s only become essential in the past decade. Companies such as Amazon AWS, Dropbox (NASDAQ:), or even Cloudflare (NYSE:) still operate; however, their high consumption and less transparent business models will soon need to be reconstructed. Filecoin’s ideal of decentralization is not to create market havoc, but rather to increase the efficiency of data by giving control back to the users, preventing internet censorship.

Ford to partly assemble some vehicles, idle two plants due to global chip shortage By Reuters

Libbi Shtisel Death – How did Libby Shtisel Die? What Happened