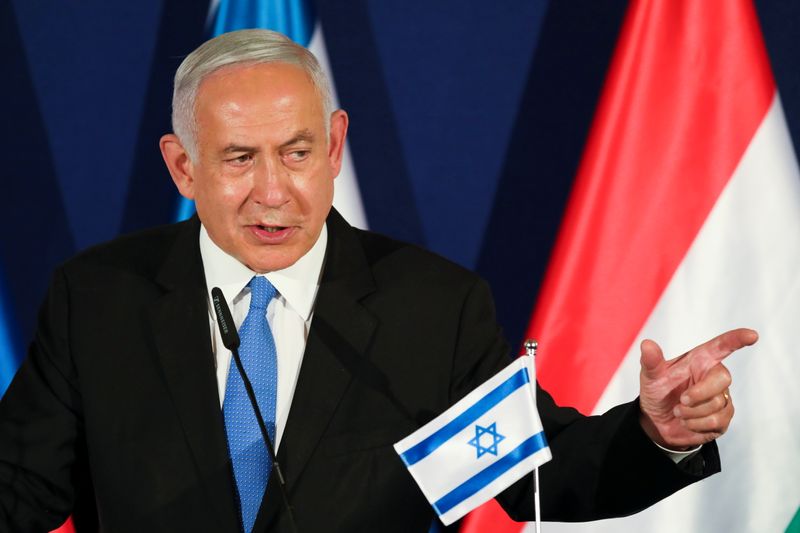 JERUSALEM (Reuters) – Israel holds its fourth election in two years on Tuesday. Prime Minister Benjamin Netanyahu hopes the country’s world-leading coronavirus vaccine rollout will finally push him through an era of unprecedented political paralysis and into a stable majority.

But Netanyahu, the dominant politician of his generation, is a polarising figure in Israel. And for the first time challengers from across the political spectrum are vying to end the long reign of “King Bibi”.

FOUR ELECTIONS? WHAT’S THIS ONE ABOUT?

The same as the last three, plus coronavirus.

Netanyahu, 71, is running under the cloud of corruption allegations, which he denies. His trial on charges of bribery, fraud and breach of trust has already begun and is expected to resume in April.

On top of that, Israel’s economy has been hit hard by the pandemic, and public anger mounted over Netanyahu’s handling of the crisis, until the vaccinations began in December.

But Netanyahu’s new slogan is “Vaccination Nation” and he says he is the only one who could have achieved such a fast inoculation programme.

Israel’s longest-serving leader has also trumpeted Israel’s diplomatic breakthroughs since August with Gulf countries, Morocco and Sudan, all brokered by the United States.

WHAT DO THE OPINION POLLS SAY?

Netanyahu’s right-wing Likud is expected to emerge as the biggest party, but falling short of a majority in the 120-seat Knesset (parliament) and unable to easily form a coalition government – similar to the three previous elections.

While surveys show a small majority of Israelis want to see Netanyahu out of office, the fragmented opposition also has no clear path to power, with no single agreed candidate to lead the anti-Netanyahu camp.

WHO ARE NETANYAHU’S RIVALS?

In the past three elections Netanyahu’s rivals came from the left. This time around he faces a new challenge from right-wing contenders as well.

YAIR LAPID, ‮‮57‬‬, a former finance minister and TV host, who leads the centre-left party Yesh Atid – “There is a Future”. His party, currently in opposition, is predicted to come in second after Likud.

GIDEON SAAR, 54, a former cabinet minister who quit Likud to set up the New Hope (OTC:) party, vowing to end Netanyahu’s reign. Like Likud, his party opposes Palestinian statehood, though Saar’s campaign has centred on clean government and jump-starting the economy.

NAFTALI BENNETT, 48, a former Netanyahu aide, cabinet minister and hi-tech millionaire who heads the ultra-hawkish Yamina party and is vying with Saar to be the next leader of the Israeli right.

BENNY GANTZ, 61, a former general whose Blue and White party was torn apart after he joined Netanyahu in a coalition. He argued the need for a national unity government, but many of his centrist supporters were furious. His popularity plunged and polls show his party may not win any seats.