PepsiCo, Amazon and Citigroup have been named alongside a small group of global companies to watch during this year’s annual meeting season, as investors demand businesses step up on issues from climate change to employing diverse workforces.

ShareAction, the responsible-investment charity, said the “13 most important ESG resolutions” of 2021 included a proposal calling on General Motors to disclose its lobbying around climate change, a resolution calling on the board of Walt Disney to strengthen oversight of workforce equality issues including racial and gender pay equity, and a vote on biodiversity at Amazon.

The list comes at a time of intense scrutiny over how asset managers vote at annual meetings, with widespread concern that big investors often proclaim their ESG credentials but fail to back resolutions on issues such as climate change.

“Shareholder voting works. Resolutions can deliver everything from decarbonisation targets to healthy eating strategies,” said Guy Opperman, minister for pensions and financial inclusion in the UK.

According to ShareAction’s Voting Matters report, only 15 out of 102 ESG resolutions it examined received majority support in 2020. BlackRock and Vanguard, the world’s largest asset managers, backed 12 per cent and 14 per cent of proposals, respectively.

But the group argued the resolutions on its list for 2021 were “high quality, high-impact proposals” and called on asset owners and asset managers to back the proposals. The list also includes resolutions on climate change at Barclays, the UK bank, healthy eating at supermarket group Tesco and on human rights at Wendy’s International, the fast-food chain.

Citi said it was “acutely focused on addressing racial inequity, especially in terms of the wealth gap it creates”.

Barclays, which already had a shareholder vote concerning climate change last year, said it has set a net-zero target and provided details of its plans to achieve this in November. “We continue to discuss our ambition and progress with our investors.”

Tesco said it did not believe the shareholder resolution was necessary, arguing it has set new “ambitious commitments on health” that go further than was asked by the proposal at its annual meeting.

General Motors said it “believes climate change is real and we are advocates for climate action”.

ShareAction said the volume of shareholder proposals worldwide, which numbered more than 2,000 last year, meant some pension funds and other asset owners struggled to identify which resolutions should be prioritised for discussions with their asset manager and the companies themselves.

It called on asset owners to ask their managers to vote for the resolutions on the list, to declare their voting intention before the meeting and to publish a rationale for any deviations in voting outcomes.

“Too often large asset managers have attempted to dismiss criticism about their poor voting records by making unsubstantiated claims about the quality of shareholder proposals,” said Isobel Mitchell, ShareAction’s senior research and engagement officer. “This list removes that excuse. 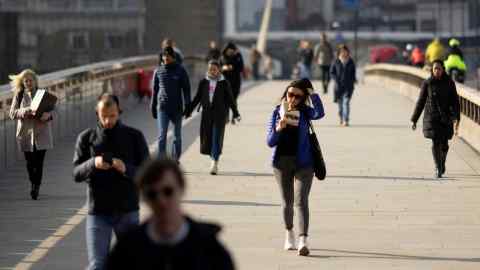 “We hope it will give asset owners the confidence to hold their managers to account by highlighting impactful resolutions that clearly deserve support.”

Opperman added: “Pension fund trustees, you have the power — ask your fund manager to support shareholder resolutions or switch to a fund manager who lets you set your own policy. Let’s make 2021 the year of stewardship, and push for positive change.”

Colin Baines, investment engagement manager at Friends Provident Foundation, said asset owners were “paying increasing attention to how asset managers vote on ESG resolutions as a proxy for how meaningful their ESG integration and engagement is”.

He said many asset owners wanted their asset managers to introduce a presumption to vote in favour of ESG resolutions.

“For many new entrants to the ESG market, including some of the world’s largest asset managers with a poor historic ESG voting record, this AGM season will be a test of just how serious they are.

“Failure to support ESG resolutions will legitimately open the way to accusations of greenwashing,” Baines said.