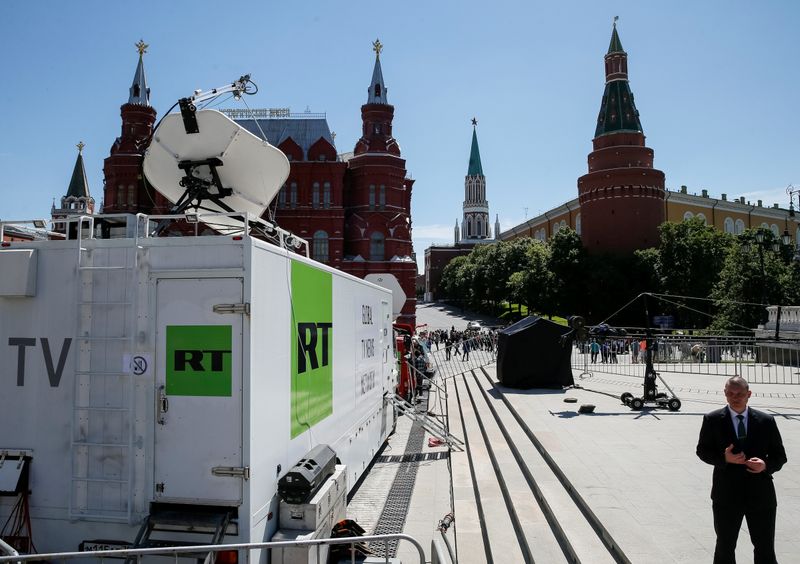 Earlier this month, Russia’s foreign-facing state television station RT accused the German government of putting pressure on lenders, including Commerzbank (DE:), to close the bank account of its German office.

Germany has denied that while Commerzbank declined to comment on individual clients.

Russian-based German journalists were summoned to a video conference on Monday at which, according to a participant, Russian Foreign Ministry spokeswoman Maria Zakharova warned that Moscow would have to respond if Berlin did not back down over RT.

“Press freedom is not up for negotiation,” Maas wrote on Twitter. “That is possible in Germany and it must be the case in Russia too.”

The spat adds to strains between Russia and the West.

Though heavily dependent on Russia for energy imports, Germany has condemned the imprisonment of Kremlin critic Alexei Navalny, who was arrested on his return from Germany after treatment for poisoning in Russia.

Showing the importance to Russia of the goodwill of Germany, a major buyer of its energy, RT last November promised a full German-language TV channel in addition to its current online selection of programmes.

Several countries, including the United States, have labelled RT state propaganda, while British regulators have repeatedly investigated it for breaches of impartiality rules.