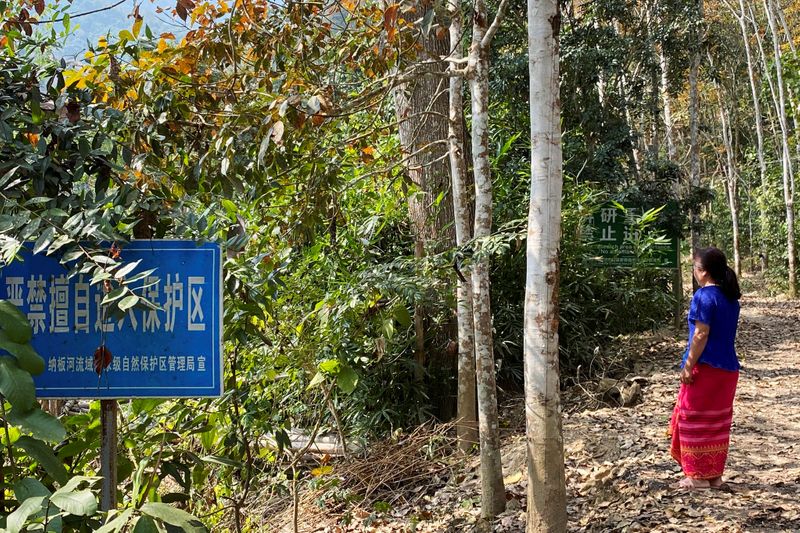 © Reuters. Woman stands near a sign warning people to keep off a nature protection zone, at Mandian village

JINGHONG, China (Reuters) – In the border district of Xishuangbanna in southwest China’s Yunnan province, the global pandemic has put residents of the small ethnic minority village of Mandian under pressure to change old habits.

Behind a traditional homestead with a small garden of medicinal herbs and a veranda lined with beehives, a sign posted on the edge of the forest says, “Do not enter the protected zone without authorisation.”

“Because of environmental protection, we aren’t allowed to go in anymore,” said local resident Yu Yao.

She said inspectors come and visit every month to ensure the new restrictions are being enforced, adding that permission is needed even to fell a tree.

Home to around half of the country’s protected animal and plant species, Yunnan is on the front line of China’s efforts to redefine its relationship with nature and reduce health risks.

Believed by many to be the source of the coronavirus that causes COVID-19, the province aims to build a “southwest ecological security barrier for the motherland,” vice governor Qiu Jiang said at China’s national session of parliament on March 6.

It has already put nearly a third of its territory behind an “ecological protection red line” that restricts human activities. Much of that is in Xishuangbanna on the border with Laos and Myanmar. It’s the home of China’s last surviving elephant community, located in a sliver of forest about 5 miles from the Mekong river.

“We have an incredibly huge, unprecedented, human-animal interface across the planet,” said Peter Daszak, zoologist and President of the OneHealth Alliance, a non-profit organisation.

“There are deforestation events, and wildlife trade, and until we deal with that, we are going to see more and more pandemics.”

The policies are already having an impact. Though the 300 ethnic Dai inhabitants of Mandian village have subsisted comfortably off the forest for years, they are now unwilling to risk being fined, residents said.

Yunnan is also under pressure to enforce its so-called red lines more rigorously and crack down on the illegal occupation of protected land. Xishuangbanna also launched a campaign in December to stop local farmers from illegally expanding their tea plantations.

A local wildlife protection officer told Reuters that he and his team have been inundated with work since the the start of 2020.

“There’s been a much bigger emphasis on protection and a greater awareness of the risks among the public and the government,” said the officer, who did not want to be identified.

But Xishuangbanna has also struggled to find the means and the manpower to enforce the rules, he added.

“We are spending longer and longer inside the forest, but we need more facilities – and we need more Toyotas.”

The protection officer said it was impossible to track every encroachment in a region where total forest coverage – including rubber plantations – stands at 80%. Authorities have also struggled to prevent farmers from intruding on ecosystems to plant more crops.

“In some areas, the local residents would take one line of trees a year,” said Alice Hughes, a botanist based at the Xishuangbanna Tropical Botanical Gardens, a research facility and tourist attraction.

Beyond Yunnan’s fragmented nature reserves, the churn of urbanisation continues. Xishuangbanna’s population has doubled in 40 years, its ethnic minorities subsumed in an urban sprawl centred on Jinghong, the region’s political centre.

Scholars worry that while the “red line” scheme protects 30% of Yunnan’s territory, little is being done elsewhere.

A study published last year said existing schemes “do not offer adequate protection”, with nearly 25% of the region’s biodiversity hotspots not covered. Another 2020 paper showed Jinghong had lost a quarter of its tropical forest since 1999.

“Ecological red-lining has huge potential,” said Hughes. “But there’s a lot of biodiversity that is falling through the cracks.”

AN ACCIDENT WAITING TO HAPPEN

Scientists have long identified southeast Asia – with its vast bat populations and unregulated wildlife trading networks – as one of the most likely origins of a lethal viral spillover.

Coronaviruses could have been endemic for years, but the range of human exposure has been vastly increased by the arrival of thousands of migrants and tourists, together with the construction of new high-speed road and rail links and the extension of wildlife trade networks into new ecological niches.

“The world has become a much smaller place,” said Hughes. “Local populations will often be immune to local pathogens because they’ve been exposed repeatedly at low doses.”

“But if then their relatives from the big city or from overseas come, they have no immunity and that means they can contract it and they can spread it.”

In 2018, more than a year before COVID-19 was discovered in the city of Wuhan, Daszak and his team set out to explore the risks of zoonotic disease in rural southern China. They found that human-animal interactions were frequent and conducted with “low levels of environmental biosecurity”.

“It is not one person every 10 years that leads to an outbreak, but thousands of people, maybe millions every year,” Daszak said. 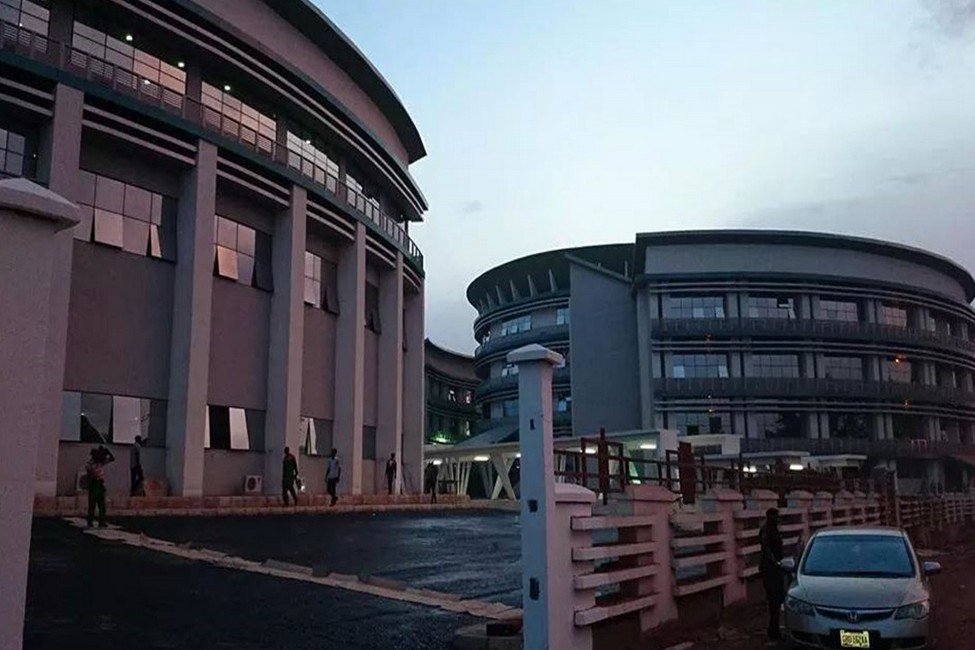 An Unlikely Conversation Starter | A Cup of Jo