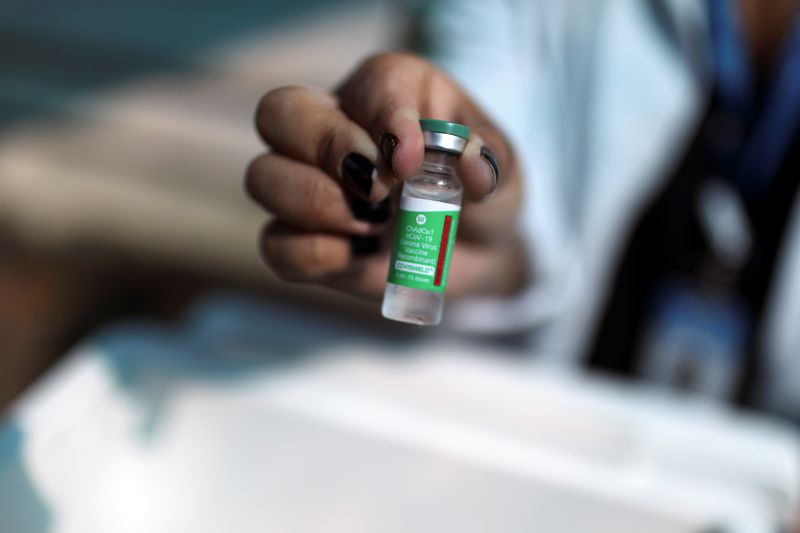 Fiocruz Vice President Marco Krieger told Reuters that, if health regulator Anvisa waives some controls, the biomedical institute could move up the Sept. 30 target date for 100% local production of the shot by AstraZeneca and Oxford University.

“This would be important at a time when Brazil is facing vaccine shortages,” Krieger said in an interview on Friday.

Delays in getting supplies from India and China have slowed Fiocruz’s finishing line and Brazil’s vaccination program. Only 6% of Brazil’s adult population has had their first of two shots.

Federally funded Fiocruz, based in Rio de Janeiro, has delivered 4 million ready-made vaccines from India and is filling and finishing shots with active ingredients from China. Delivery of those doses, starting this week, is expected tototal 100.4 million by July. Fully local production of the vaccine is scheduled for September, when Fiocruz plans to start delivery of 110 million doses for Brazil’s immunization program.

Given the urgent need for vaccines in Brazil, which lost more than 12,000 lives to the pandemic last week alone, Krieger said he hoped Anvisa would help to shorten that timeline.

As the vaccine is already in use in Europe and elsewhere, Krieger said Fiocruz may be able to get Anvisa’s approval after the regulator supervises production of just one batch, rather than the customary three batches.

Along with the 4 million AstraZeneca doses, Brazil’s government has received 20.6 million doses of CoronaVac, made by China’s Sinovac Biotech Ltd and bottled by Sao Paulo’s Butantan Institute with active ingredients from China.

On Friday, Anvisa granted final approval for AstraZeneca’s vaccine. CoronaVac has been approved for emergency use.

Krieger said output from Fiocruz should reach 1 million doses a day by the end of March. By then, Fiocruz will have received another shipment of ingredients from China to make 30 million doses, he said.

Krieger did not address the British vaccine being halted last week in Denmark, Norway and Iceland over bleeding and clotting issues.

AstraZeneca said on Sunday a review of safety data of people vaccinated with its COVID-19 vaccine has shown no evidence of increased risk of blood clots.

10 Best Things To Do In Lake Como, Italy – Hand Luggage Only