BlackRock has hired a leading Wall Street law firm to conduct an internal review into reports of “employee misconduct” after the Financial Times and other publications detailed allegations of discrimination and sexual harassment at the world’s biggest asset manager.

The move to retain the law firm of Paul, Weiss, Rifkind, Wharton & Garrison was announced in a memo to staff on Monday from Larry Fink, the BlackRock chief executive who has gained renown for his calls for “sustainable capitalism” and greater diversity in the corporate world.

“Like you, I have been deeply disturbed by the series of recent reports related to employee misconduct at BlackRock,” he wrote. “Incidents we’ve read about today and in recent weeks vary widely, but what they all have in common is that they should not happen at BlackRock.”

Fink said: “These articles have left questions about incidents in the past and how they were handled.” He said Paul, Weiss had been hired to “conduct a review of these matters and to provide recommendations on how we might further enhance our processes and procedures”.

It should be crystal clear to everyone: if you are aware of misconduct or a violation of our company’s code of conduct, we want to know about it

The announcement came after the FT and other publications reported that current and past BlackRock employees of colour were putting pressure on the manager of $8.7tn of assets to live up to its public commitments on diversity and inclusion.

Essma Bengabsia, who is Muslim American, told the FT that she was sexually harassed and discriminated against on the grounds of her race and religion while working on the company’s trading floor. She had filed a complaint with the company’s human resources department over her treatment. BlackRock investigated the allegations but “did not find [Bengabsia] had been the subject of discrimination or harassment”.

In February, Bengabsia and another former staffer, Mugi Nguyai, posted on Medium about their experiences at the company. In an open letter to Fink, Bengabsia and Nguyai called on the company to hire an independent firm to “investigate the culture at BlackRock” and revamp its human resources department.

The FT spoke with 10 other former and current BlackRock employees from diverse backgrounds who echoed the public complaints of Bengabsia and Nguyai.

BlackRock also faces a lawsuit filed in January by Brittanie McGee, a former employee, who is black, which alleges she was paid less than white counterparts, excluded from client meetings and overlooked for opportunities. BlackRock said it had found no basis for her legal claims. The company has until the end of the month to respond in court but declined to comment on whether it would contest the allegations. 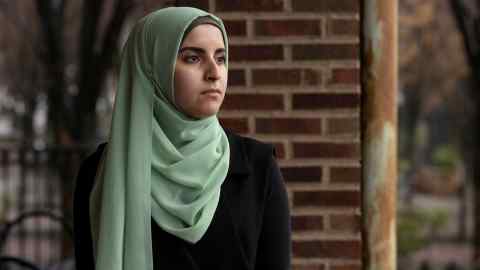 In the memo sent out on Monday, Fink said: “It should be crystal clear to everyone: if you are aware of misconduct or a violation of our company’s code of conduct, we want to know about it.”

Fink also told his global employees earlier this month that if they can’t live up to the company’s principles on diversity and inclusion, “please leave, go to another firm, and I really urge that”.

In a statement to the FT, BlackRock said Paul, Weiss “has just been retained” and that the company was unable to provide a timeline of the planned review at present.

After all is said and done, more is said than done