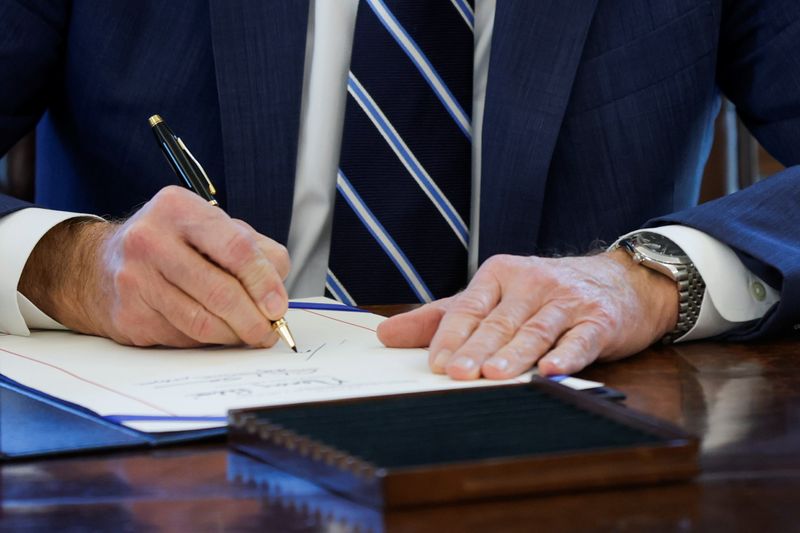 He’s not planning a spending spree. He’s nervous. “I’ll try and get ahead on my mortgage a little bit. You know, we are still in this pandemic,” Johnson, 45, said.

Almost 900 miles away in Baraboo, Wisconsin, Aric Nowicki runs a heating and air conditioning business that takes in about $150,000 annually but has expenses of about $100,000. He has clients who are late on their bills, and he plans to use his money to pay his own overdue bills.

“I’m very apprehensive,” Nowicki said. “I’m not sure the vaccines will bring us back to normality. Too many people say they don’t want to take it, and there are these mutations.”

In interviews with a dozen Americans, including a nurse, a man made homeless by the pandemic, a plumber, a teacher, and a bar owner, nearly all say they are so worried about the future that they will use their stimulus checks to pay debt and taxes accumulated in the past year.

Those spending priorities are not what massive stimulus bills are traditionally meant to achieve. They are designed to encourage people to buy goods and services, to help U.S. businesses and create jobs.

Labor economist Diane Swonk sees a divide between those who can work from home and those who cannot – highlighted by the ways Americans have spent their stimulus checks from the government during the year-long coronavirus pandemic.

Consumer spending on goods was quite robust in January, Swonk said. But that was mostly by people who did not necessarily need the three checks sent out by the U.S. Treasury in the past year. Most who desperately needed the money have used it for food, shelter, and to pay debt. “This gets to the issue that a rising tide does not lift all boats,” Swonk said.

Reverend Lee May, the pastor of Transforming Faith Church, an ecumenical Christian church in suburban Atlanta, said members of his congregation “really need this boost.”

“This is intended to help and we feel blessed to have it sent our way, but it isn’t enough to make us whole,” May said. “We know there are prohibitions on evictions and shut offs of utilities for now, but those rent and light bills don’t go away.”

Reginald Smith, 36, a cook who was laid off in the crisis as many restaurants closed, was waiting in line at the food pantry outside the First Presbyterian Church of Atlanta on Monday.

He lost his place to stay and he has been “couch surfing” at the homes of friends.

“I need a job and hope to get one once this all opens back up,” he said. “But first I need my own place to stay. I’m hoping that this (the stimulus check) will help me make a deposit, get a place and get back on my feet. I wish it was more though. I don’t know if this is enough to dig me out.”

Others are more optimistic. Steve Pitts, the general manager of Manuel’s Tavern in Midtown Atlanta, hopes the stimulus checks will give people more cash to go out.

“We’re hoping it loosens things up a bit,” Pitts said. “To say it’s been a tough year isn’t the half of it. We all need a break. We’ve had to let people go and it hurt. This, of course, isn’t the cure. We’re all waiting for this crisis to be over, but maybe this is a little light, a little bump.”

Thadd Ernstmeyer, who runs a family plumbing business in Reedsburg, Wisconsin, grosses about $150,000 a year, with overheads about one third of that, and is taxed roughly 25%. His stimulus check would go toward his tax bill, Ernstmeyer said.

“It’s going straight back to the government.”

Myanmar’s armed ethnic factions will not stand by if more killed, says one group By Reuters