Amazon has become entangled in a spat on Twitter with US Senator Elizabeth Warren over its workplace practices and tax affairs, in an unusually aggressive public relations manoeuvre amid growing hostility in Washington.

The war of words began on Thursday when the Massachusetts senator, a leading consumer protection advocate in Congress, criticised the company for exploiting tax loopholes. Amazon had said it was following the laws written by Congress.

“I didn’t write the loopholes you exploit, @amazon — your armies of lawyers and lobbyists did,” she wrote. “But you bet I’ll fight to make you pay your fair share. And fight your union-busting. And fight to break up Big Tech so you’re not powerful enough to heckle senators with snotty tweets.”

On Friday the company’s @AmazonNews account responded, calling her tweets “extraordinary and revealing”. It added: “One of the most powerful politicians in the United States just said she’s going to break up an American company so that they can’t criticise her anymore.”

Amazon is one of several technology companies coming under pressure in Washington. Earlier this week, the chief executives of Google, Facebook and Twitter were quizzed by members of the House of Representatives about misinformation on their platforms.

Amazon is at particular risk of antitrust action, with regulators at the Federal Trade Commission reportedly having opened a formal investigation into its business practices. Earlier this week, Joe Biden, the US president, nominated Lina Khan, the academic who made her name accusing Amazon of monopolistic behaviour, to be a commissioner on the FTC.

Last year Khan, who has been credited with helping form Warren’s thinking on the technology sector, helped write a congressional report that accused the company of using third-party seller data to improve and sell its own products.

Khan is not the only Warren ally serving at a senior level in the federal government. Biden has also appointed Bharat Ramamurti, one of her former political aides, as deputy director of the National Economic Council; Julie Siegel, another of the senator’s former staffers, has been named deputy chief of staff at the US Treasury; and Rohit Chopra has been nominated to head up the Consumer Financial Protection Bureau, where he worked when Warren served as its director.

The Warren Twitter spat followed a row earlier in the week between Amazon executive Dave Clark and Bernie Sanders, after the Vermont senator announced he would be travelling to Bessemer, Alabama on Friday to support workers attempting to form the first Amazon union in the US. 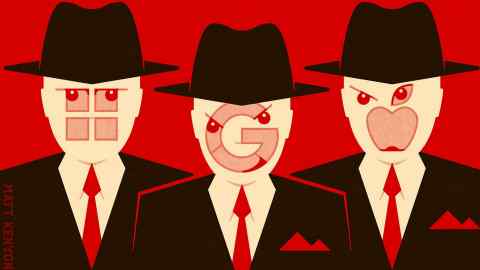 Asked about the tweets on Friday afternoon, Sanders reportedly replied: “It says to me that they’re nervous”.

Clark’s comments followed Bezos’s decision to turn down an invitation to appear at a congressional hearing earlier this month, chaired by Sanders, to discuss income inequality.

Google to spend $7bn on US offices and data centres

How Aliens: Fireteam Fits Into the Alien Universe…Including Prometheus and Covenant – IGN First