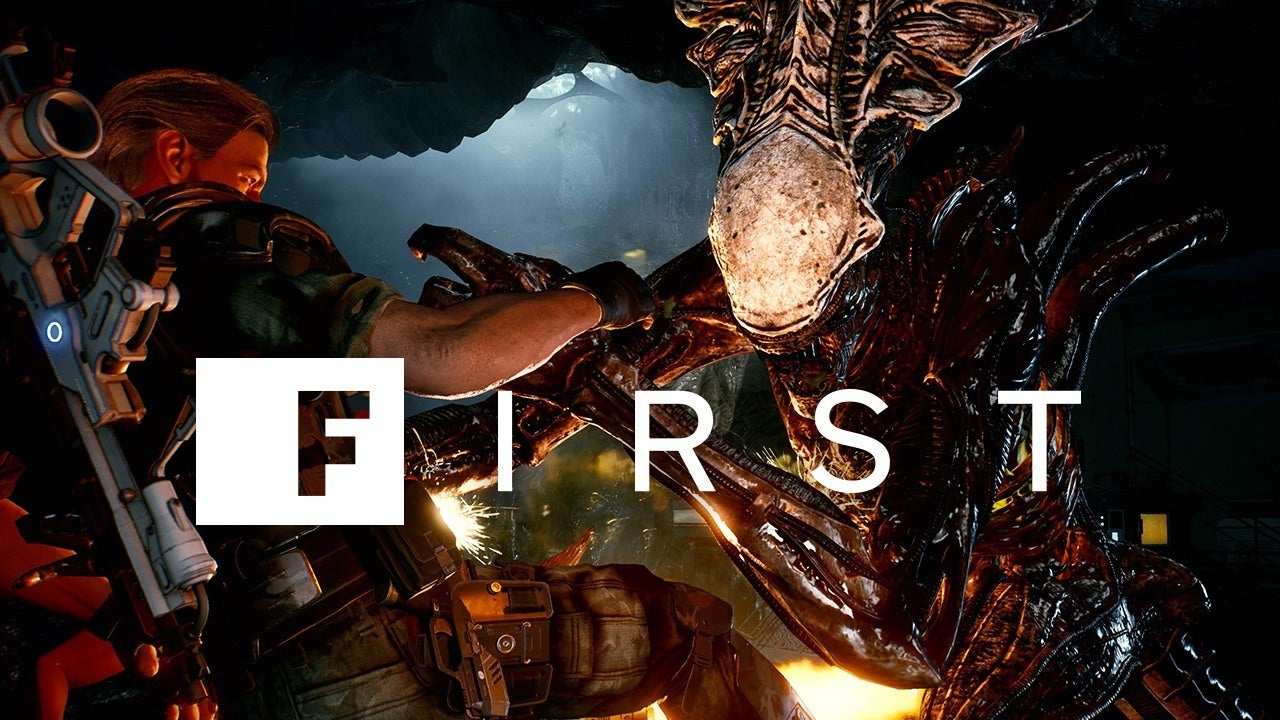 [ignvideo url=”https://www.ign.com/videos/2021/03/25/aliens-fireteam-the-first-hands-on-ign-first”] Aliens: Fireteam developer Cold Iron Studios is nothing if not confident. The recent video game history of the Aliens brand is checkered at best, from 2013’s Aliens: Colonial Marines being just plain bad to 2014’s Alien: Isolation overstaying its welcome and…there’s been nothing since. But the developer had no qualms about jumping straight into their new game with me and letting me play the first mission of the first campaign in three-player co-op.
As it turns out, their confidence is justified. Aliens: Fireteam would be an incredibly fun game even without the Aliens tie-in, but as it so happens, Cold Iron seems to have nailed the sights, the sounds, and perhaps most importantly the mood of Ridley Scott’s Alien-verse to such a degree that it feels surprising that this exact flavor of Aliens game wasn’t made years ago.
[widget path=”global/article/imagegallery” parameters=”albumSlug=aliens-fireteam-screenshots&captions=true”] And by “this exact flavor” I mean Left 4 Dead-style (or, to use a more contemporary example, Back 4 Blood). It’ll always be three of you in Aliens: Fireteam, even if you’re playing solo; bots will fill in for any missing human teammates. And the action unfolds over the course of a Left 4 Dead-like four-campaign arc, with each campaign containing three missions. Between missions you can walk around on board the USS Endeavor, customize your character, and talk to NPCs. Each campaign takes place in a different setting, with the mission I played unfolding aboard the Katanga after a Xenomorph-inspired distress call comes in. Cold Iron teased the planet’s surface and the hive as other mission scenarios.
[poilib element=”quoteBox” parameters=”excerpt=Each%20campaign%20takes%20place%20in%20a%20different%20setting.”] Variety and replayability will come from randomized enemy spawning – there are many, many different types of Xenomorphs, including plenty that have never been seen in the Alien universe before – as well as Challenge Cards, which are basically mutators that can be played before each match with new ones unlocked after them. An example Cold Iron gave me was that one Challenge Card might only count headshots to the Xenos. So, you know, aim carefully.
[widget path=”global/article/imagegallery” parameters=”albumSlug=aliens-fireteam-new-xenomorph-types&captions=true”] The regular Xenomorph population will, by design, annoy you by virtue of their ability to attack from the floor, walls, or ceiling – and in large numbers – but it’s the new ones that are going to crank up your in-game anxiety. I saw a few: the Spitter is like a Jurassic Park dilophosaurus that can crawl on the ceiling, the Burster explodes into a gush of acid (which is especially problematic on higher difficulty levels where acid does way more splash damage), the Jumper can leap great distances, and the Warrior is a gigantic tank alien that will grab and crush you if it gets too close. Meanwhile, I didn’t get to see any Facehuggers – or synthetics, for that matter – but Cold Iron assures me they’re both in there.
[poilib element=”quoteBox” parameters=”excerpt=The%20guns%20feel%20really%20good%20%E2%80%93%20powerful%20but%20not%20too%20powerful%20%E2%80%93%20while%20the%20special%20abilities%20add%20a%20nice%20bit%20of%20variety%20and%20strategy%20to%20the%20run-and-gun%20gameplay.”] No matter who or what you’re shooting at, you’re able to choose your preferred style of attack by way of Fireteam’s five available player classes. I played the Gunner, who gets a dam age multiplier for stringing together successful pulse rifle or shotgun shots and has an Overclock special ability (on a cooldown) that can amplify damage for himself and any nearby teammates. The Technician can toss down shock coils that slow down the enemies as well as place sentry turrets. The Demolisher has shoulder-mounted micro-rockets and a blastwave that knocks encroaching Xenos back while shouldering the heavy weapons like the flamethrower and Smartgun. And rounding out the classes are the self-explanatory Doc and still-unknown Recon. My initial impression is that the guns feel really good – powerful but not too powerful – while the special abilities add a nice bit of variety and strategy to the run-and-gun gameplay. On that same note, the Xenomorphs match the oomph of the weapons by not feeling too threatening individually but making you sweat the moment they gang up on you.
[widget path=”global/article/imagegallery” parameters=”albumSlug=aliens-fireteam-6-iconic-weapons-and-developer-descriptions&captions=true”] Naturally, each mission will have pressure points that turn up the heat, capped off by climactic scenes that will test your teamwork and force you to make careful and coordinated use of your special abilities. In the mission I played, we were swarmed by Xenos after calling (and waiting for) an elevator that would take us out of that area of the Katanga – if we survived. A three-minute countdown clock begins ticking, and if you fail, it’s, well…you know.
[poilib element=”accentDivider”] Ryan McCaffrey is IGN’s Executive Editor of Previews. Follow him on Twitter at @DMC_Ryan, catch him on Unlocked, and drop-ship him Taylor Ham sandwiches from New Jersey whenever possible.